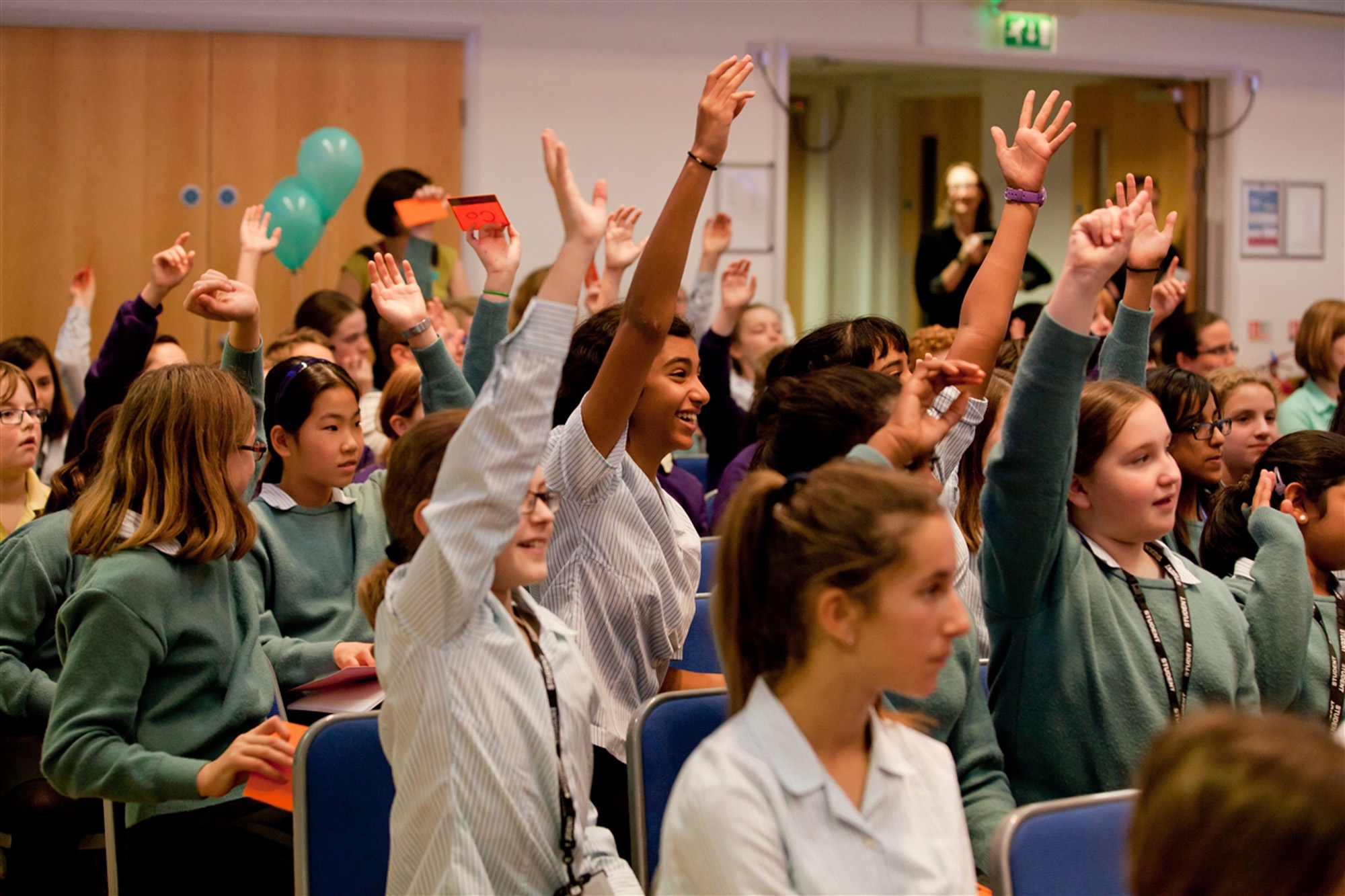 For the second year running, on the 16th November, we welcomed 'Silicon Valley comes to the UK' to the Senior School to inspire our students in Years 9 and 10. Here is a video of the recent event.  A panel of four speakers spoke about why they chose to be entrepreneurs; what problems they see in the world and how their companies are solving those problems. They also shared their stories of why being an entrepreneur was the best career decision for them. The students were then able to ask questions.

This is a not-for-profit series of industry supported events led by volunteer business leaders, and run by students who are also volunteering their time. It's designed to improve the ecosystem for entrepreneurship in the UK, Europe and beyond. Specifically they empower teachers to access inspirational leaders so that their students can have real-life examples of why people choose to be entrepreneurs. The event will bring together successful entrepreneurs from the US with CEOs, investors and mentors in the UK.

We welcomed the following speakers:
Alice Rathjen - CEO, DNA Guide
Alice won the 2011 Kaufman Business Idea Award for Women in Science & Engineering for the concept behind DNA Guide. Her academic training was in ethics at UC Davis and Stanford, her later technical training in Geographic Information Systems. She is the primary Inventor of US Patent 7089498 Method for Managing Personal Genetic Data . Her talk given at World DNA Day in China 2011 is available here.

Megan Smith - VP, Google[x] at Google Inc.
Megan is an entrepreneur, tech evangelist, engineer, social change agent and connector. At Google[x], Megan works on a range of projects including co-creating/hosting SolveForX. For nine years prior she oversaw Google’s New Business Development global team managing early-stage partnerships, pilot explorations, and technology licensing. She led the acquisitions of Keyhole (Google Earth), Where2Tech (Google Maps) and Picasa, and led the Google.org team transition to add Google Crisis Response, GoogleforNonprofits, Earth Outreach/Engine and increased employee engagement. Megan was CEO of PlanetOut, the leading LGBT online community and was early at General Magic and Apple Japan. She holds a bachelor’s and master’s degrees in mechanical engineering from MIT, where she now serves on the board. She completed her master’s thesis work at the MIT Media Lab.

Wendy is co-founder and CEO of Moonfruit, the UK’s leading DIY website and online shop builder for SMB’s to publish on web, mobile and social platforms. Moonfruit was recently acquired by Yell group (recently re-branded Hibu) in a deal worth $37m as an important step in its transformation to a leading global digital services provider and local eMarketplace. Moonfruit was launched in 2000, bootstrapped post the Dotcom crash and innovated raising $2.4m from Stephens (US) and Silicon Valley-based 500 Startups in Sept 2010. She is a 500 Startups mentor, and supports the Astia, Women 2.0 and ChangeTheRatio networks. She was female UK Tech Entrepreneur of the Year 2011.

Wendy’s also has a MA in Future Textiles from Central St Martins. She lives in London with her husband and co-founder Joe, their 8 yr old son and 5 yr old daughter.

Dr. Mary Lou Jepsen is the CEO and Founder of the Pixel Qi Corporation, a high tech startup doing things in display technology that many believed were impossible – and delivering them into high volume mass production. She is also a member of Innovation Board of MEDCO, one of the largest pharmacies in the world, serving 65 million people.  Previously she co-founded One Laptop per Child and served as its CTO and the chief architect of the $100 laptop.  She has also been on the faculty of the MIT Media Lab, was the CTO of Intel’s Display Division and was the CTO and a co-founder of MicroDisplay Corp.  She has received numerous awards for her work including: Time Magazine inducting her into its “Time 100” as one of the 100 most influential people in the world, The Edwin Land Medal from the Optical Society of America, and the IEEE ACE Award for top emerging technology.  She holds a Sc.B. in Electrical Engineering (with honors), an A.B. (req) in Art and a Ph.D. in Optical Sciences all from Brown University, and a S.M. in Visual Studies from the MIT Media Lab.