Learning to spot a liar 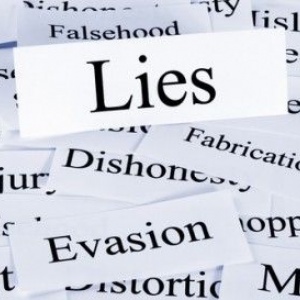 Never be fooled again! Learn how to spot a liar.

We lie all the time, about all sorts of different things. In fact, apparently we lie to a stranger three times within 10 minutes of meeting them. However, there are ways you can become a ‘liespotter’ and discern the honest people from the liars.

Remember though, everyone has their own lying behaviour and some people can act in completely conflictingly to another, so there is no foolproof lie detecting method. The best way to do it is to compare the liar’s baseline behaviour to the cues they might use when they are telling a lie. You can find this baseline by starting with neutral questions, which are easy to answer, thus meaning that the person doesn’t have to lie, and then moving on to harder questions which might mean they show cues they wouldn’t normally- showing that they might be lying.

- Liars might fidget or shift nervously, but not always. Some might completely freeze their upper bodies. Also they might pull their body inward to make themselves less noticeable.
- It is a common idea that liars will avoid looking you in the eye, but in fact, some people might look you in the eye too much in order to compensate
- Look out for fake smiles! Liars will often smile to show sincerity, but if they are not smiling in the eyes, they are faking it.
- Their body language might be the opposite to what they are actually saying- for example, shaking their head while saying yes
- An honest person is likely to be more enthusiastic and will help to try and find out the truth/the real suspect
- An honest person is more likely to become angry if they are being accused of something, and they will be consistent in their annoyance, it won’t just appear in flashes.
- An honest person will probably want strict punishment for the real culprit
- A deceptive person will be more withdrawn from the situation
- A deceptive person will add too much irrelevant detail
- Small tells, or ‘micro-expressions’, such as changing their blinking rate, or putting physical barriers between themselves and the person who is questioning them, or changing their tone of voice.
- Watch for when they stop talking about themselves- people who are lying might try to take the focus off themselves and try to direct it onto other people, to try and distance themselves psychologically from their lie.
- Listen out for small verifiable details in their speech or stories. If you can find a contradiction, they are probably lying. But, don’t tell them straight away if you notice-  if you want to handle the situation cleverly. Allow them to grow in confidence and then they are more likely to continue lying.