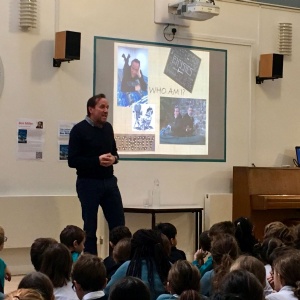 Stephen Perse Junior School pupils give their thoughts on Ben Miller's visit and his new book.

What a treat we had on Monday 26 November when Ben Miller visited the Stephen Perse Junior School to talk about his new book, The Night I Met Father Christmas. He opened by asking each year group in turn to put up their hand if they were in Year 3, 4, 5 or 6 before announcing, to much laugher, that he was in Year 47!  This started a vein of humour which ran through the rest of the talk. 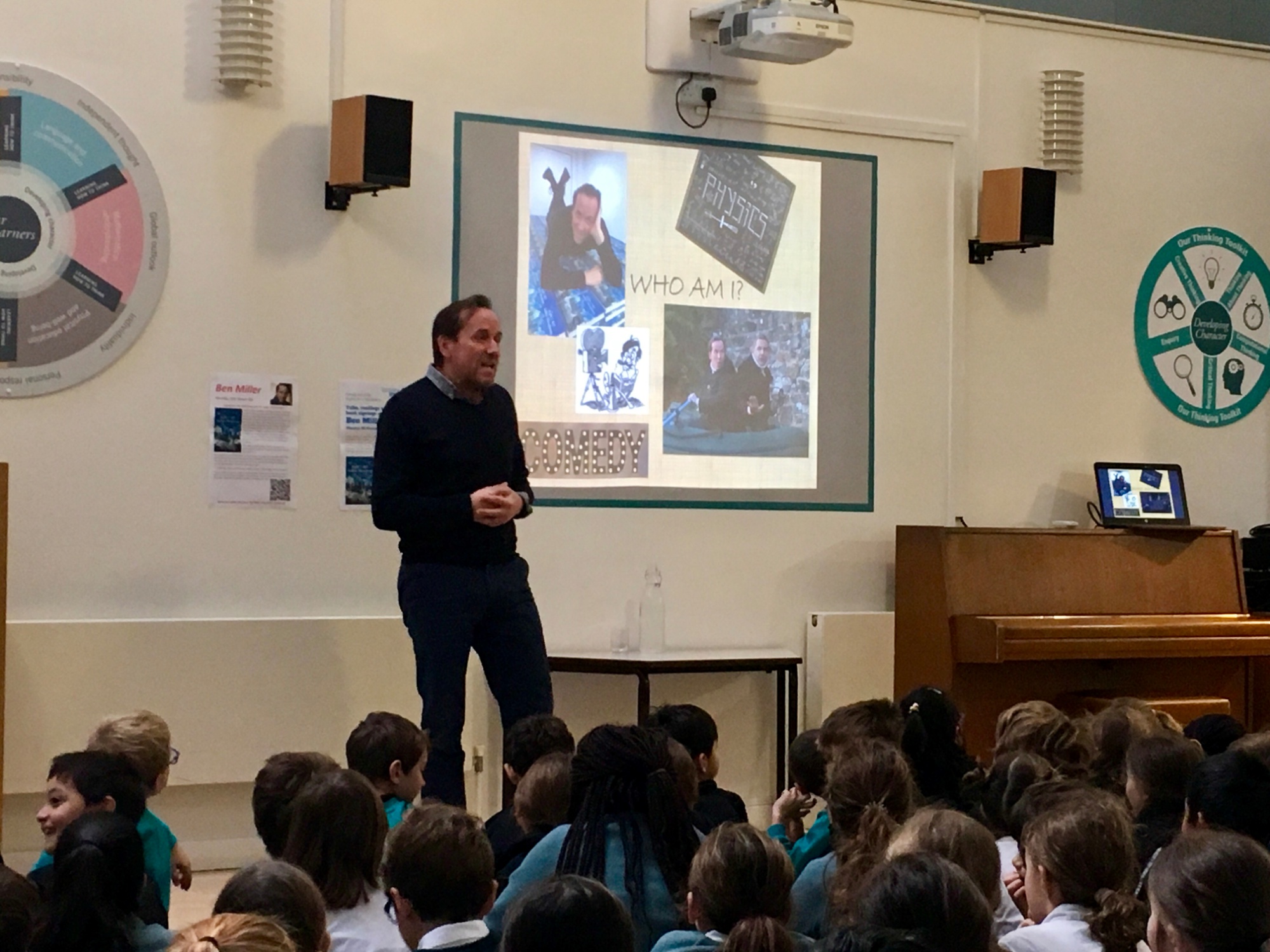 Ben was clearly delighted that so much of his career as an actor was well known to his audience, including roles in films like ‘Johnny English’ and ‘Paddington 2’. He had to admit, however, that he had not in fact played Christopher Robin, although his favourite book was ‘Winnie the Pooh’, and he read a little bit every day before he started writing.

It was fascinating to hear Ben discuss his scientific background, having studied Physics at Cambridge University, which he memorably called ‘describing the world with mathematics’. A continuing love of science was evident throughout the talk. For instance, in recounting a trip to the North Pole with his two young sons to research his new book, Ben got across to his audience a deep fascination and sense of awe about the natural wonders of that deep-frozen world, including the contrasting light and dark shades of the sky during daytime, the low Arctic Sun, the ghostly glow of the aurorae and the alien, icy landscape produced by temperatures as low as -30°C! 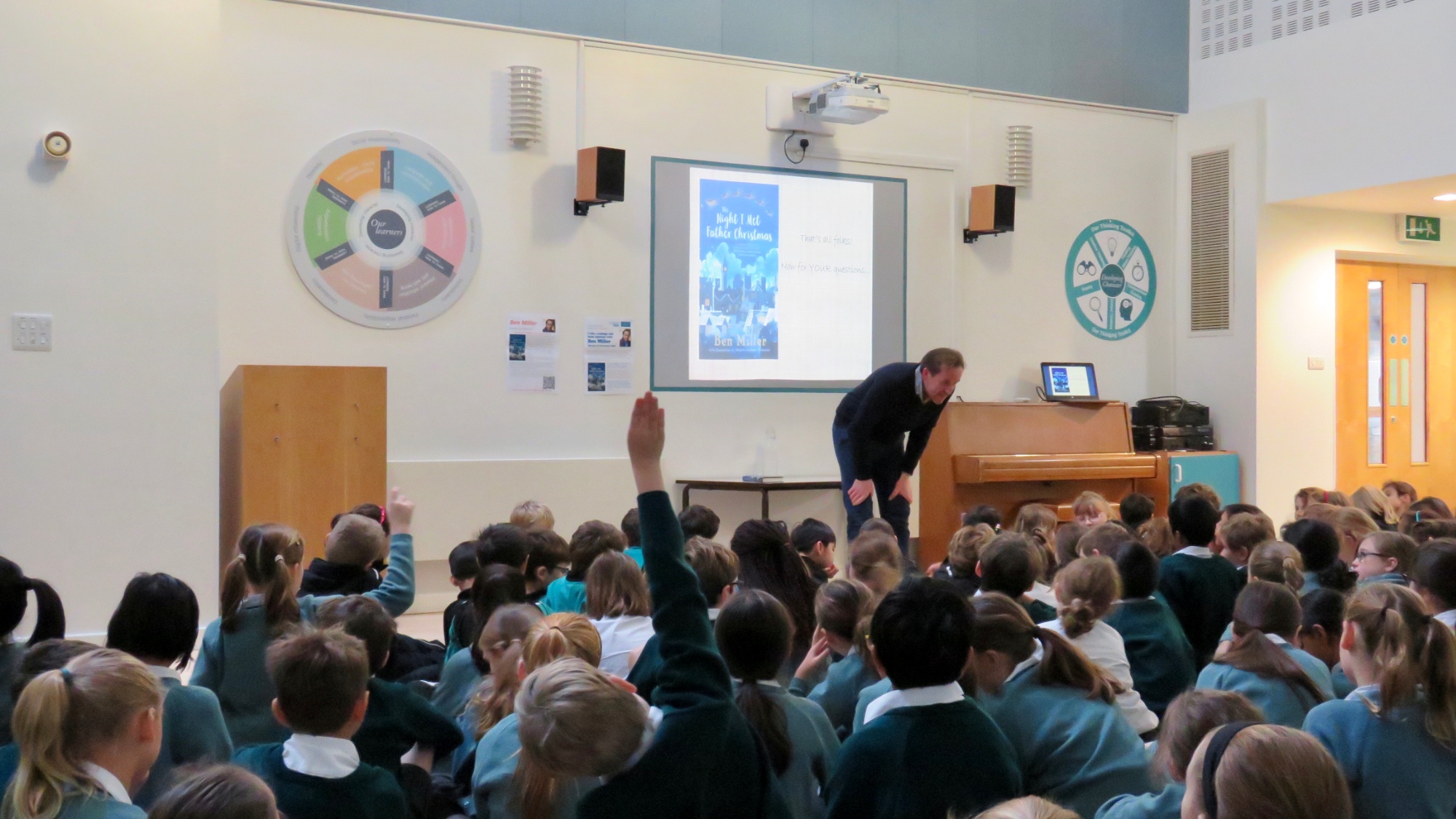 The aim of the trip was to research the origins of Father Christmas in his original habitat. You’ll need to read the book to find out the details, but we can reveal that it involves mean elves, a talking Christmas tree, a talking snowman and a talking reindeer! Ben then tested how well everyone had been listening in an amusing way, with a short Christmas quiz, featuring questions such as:

What is a baby reindeer called?

How long does it take to grow a Christmas tree?

How tall was the world’s tallest snowman?

This was followed by a fascinating insight into the work of  Daniela Terrazzini, the book’s illustrator, and how she and Ben interacted in the creative process of refining the illustrations which helped to bring the characters vividly to life. He paid tribute to the incredible perseverance and resilience Daniela shows in creating her drawings, especially in view of the fact that she needs to hold the pencil in her fist rather than the usual tripod grip between the fingers.

Ben concluded with some words of encouragement to the pupils, urging them to show plenty of imagination in creating characters and stories in their English lessons and how they are using similar skills to those used by book authors like himself.

Here's what our Junior School pupils had to say after the event:

'The book sounds really interesting and I loved hearing him read out the first chapter.'  Willow

'I really enjoyed hearing him talk about when he went to the North Pole. I didn’t know he’d gone there for inspiration.'  Emily

'The quiz was great fun and I learnt more about Christmas.'  Verity

'The illustrations were impressive. I can’t wait to see them close up.'  Beatrice

'Interesting for all ages.'  Tamar

'Really entertaining and full of joy and laughter.'  Yush 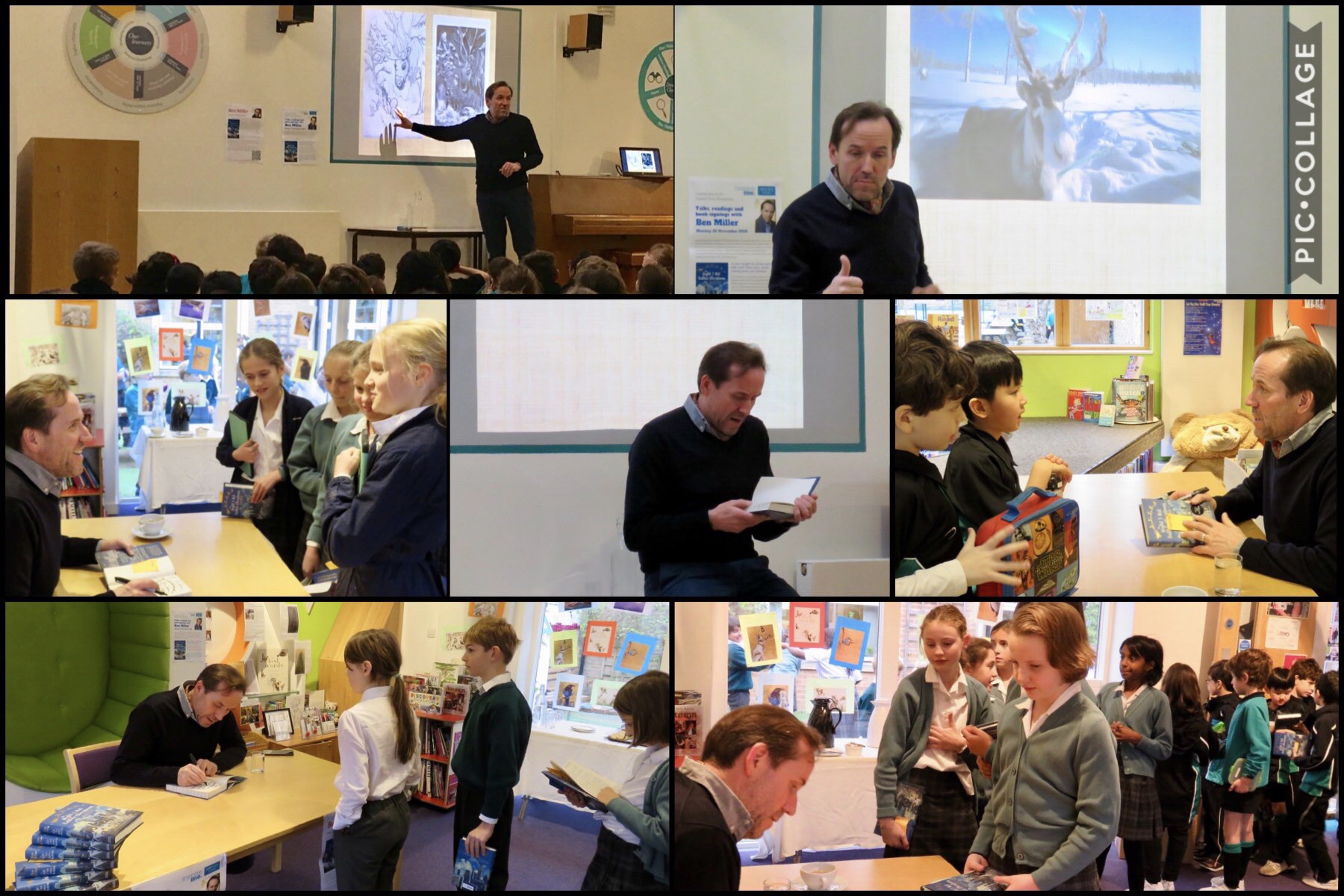