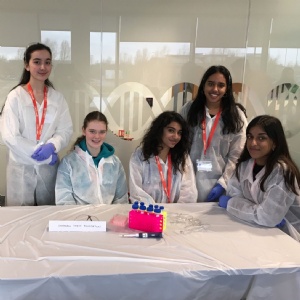 The trip to Horizon Discovery at Cambridge Research Park in Waterbeach offered Year 10 students a chance to learn about future careers in STEM subjects.

Priya, Maddy, Georgina, Gabrielle, Elena and Meghana were invited to visit Horizon Discovery after winning a competition in which they had to make a powerpoint to explain which gene they wanted to modify. Priya, Georgina, Gabrielle and Meghana came up with the idea of changing the gene in green plants so that plants could carry out photosynthesis even in the dark to tackle increasing carbon dioxide level in the atmosphere. Maddy wanted to modify a gene to change the habit of her dog. Elena looked into changing a gene so humans could not be infected by the HIV virus. 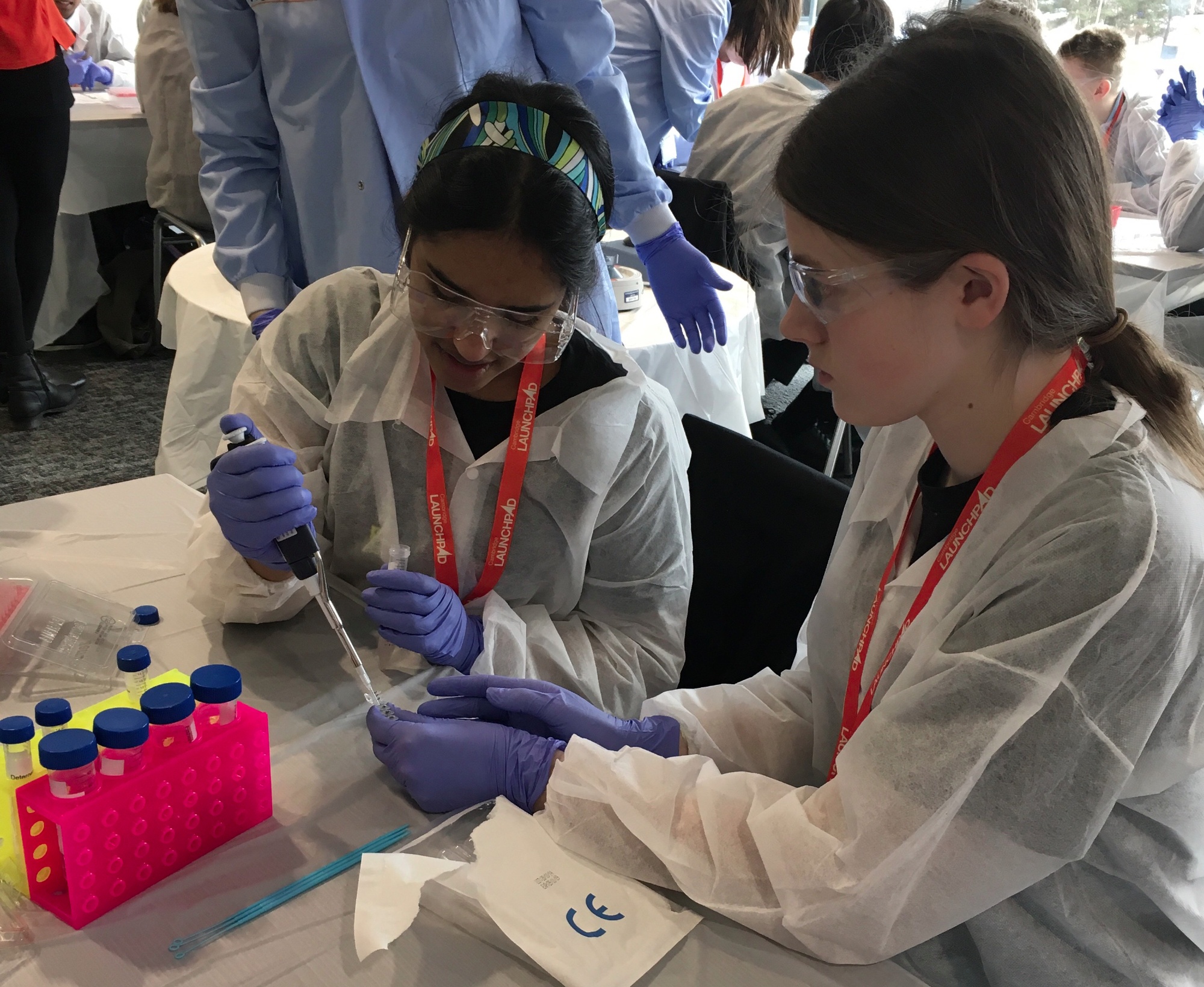 On the project day at Horizon Discovery, the team of six took part in a challenge to solve a murder mystery. The students extracted DNA from a sample and prepared the sample using polymerase chain reaction to amplify the amount of DNA in the sample, then applied an enzyme designed by Horizon to cut the DNA into fragments and finally applied electrophoresis to separate the fragments depending on their sizes.

The students were also given a tour of a lab (via video conferencing) to see scientists at work, and had the opportunity to learn about the research that is carried out in the lab. The highlight of the trip included using a few lab apparatus that they have not previously used in the school lab, including the micropipette for measuring very small volumes of liquid, and loading the samples into an agarose gel for electrophoresis. It was an exceptionally fascinating day and the girls thoroughly enjoyed it! 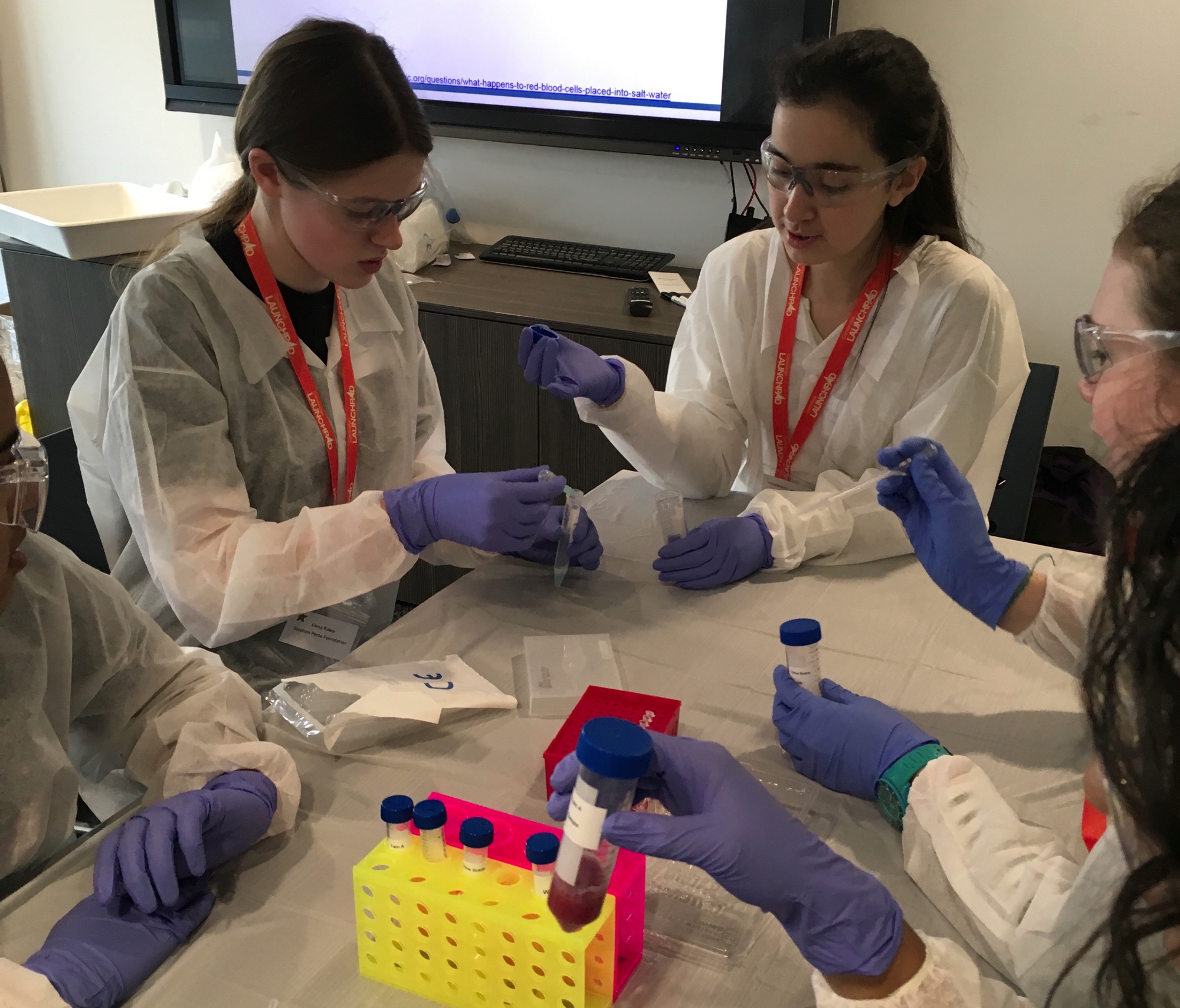