January 27 is Holocaust Memorial Day and on Monday 28 January, the Stephen Perse Senior School was honoured to welcome back Holocaust survivor Eva Clarke to talk to our Year 10 students about the Holocaust and her experiences. 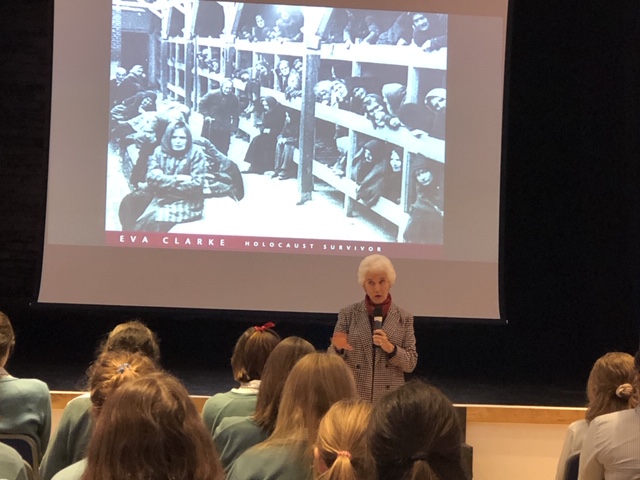 "The day after Holocaust Memorial Day, the entirety of Year 10 was lucky enough to take a day off timetable to learn more about the devastating yet endlessly important events and stories of the Holocaust. We were privileged to hear from Eva Clarke, a survivor of the Holocaust, who was born in a concentration camp five days before it was liberated.

As Eva herself was born in the camp, she tells the story of her mother’s experience during the unutterably awful times of the Holocaust. She described in detail the progression of the persecution of Jews throughout the Nazi party’s rule in Germany and later Poland and the Czech Republic. She told us how the Nuremberg Laws restricted the day-to-day life of ordinary Jewish people; for example, Jewish people over the age of six were forced to wear a Star of David, to identify them as Jewish, as “other”. Ultimately, Jews were sent to  concentration, labour and death camps, and this included Eva’s family.

Throughout the talk, Eva generously showed us photos and documents of her family and friends whose stories she was recounting. We saw pictures of her cousins, aunts, uncles and grandparents— some of them were fortunate enough to escape to Australia or the UK, but others (the majority) were sent to their deaths in the camps. The personal details were strikingly vivid - such as her mother carrying doughnuts into a concentration camp, being tentatively given a drink of milk by a farmer who risked his own life to do so, or going into labour in a coal truck whilst being transferred to another camp, Mauthausen. Eva made the story incredibly captivating, and made us realise how privileged we are at the Stephen Perse Foundation in comparison to her mother and indeed all those caught up in these events.

I found Eva’s talk to be a profoundly moving and engaging experience, and we were all so fortunate to be able to hear the story of a person who had been through such an unspeakable and harrowing experience, but survived and went on to have two grandchildren and three great-grandchildren, and a happy, long, life.

Eva herself has dedicated much of her time to giving talks and educating people about the horrors of the Holocaust. This is such an important occupation in my view; if we do not continue to recount these stories and educate people about the past, such atrocities could be repeated in the future. This message of the importance of education was placed even more at the forefront of all of our minds after we were told about the frightening results of recent polls about the Holocaust. One in twenty British adults do not believe the Holocaust happened and 9% of millennials in the USA say they have not heard of of the Holocaust. Without education of new generations, those terrifying statistics run the risk of growing, as Holocaust survivors diminish in numbers and the number of years since the Holocaust occurred increase." 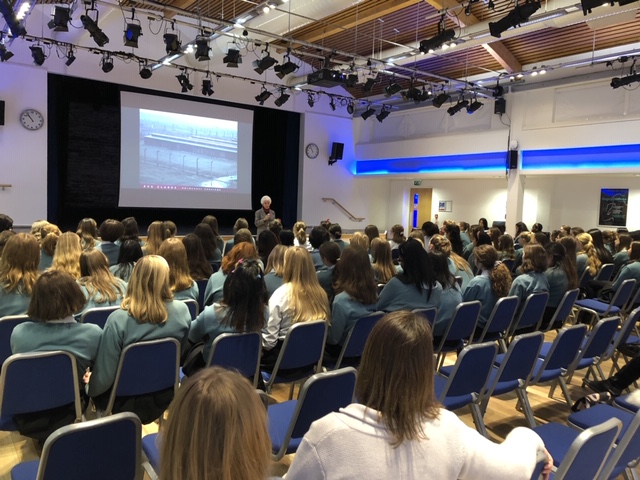