Three Year 5 pupils from the Stephen Perse Foundation Junior School have won the CLEAPSS Primary Science Competition, beating pupils from 20,000 other schools to this national prize.

Three pupils at the Junior School have been awarded their prizes for winning the Year 3 & 4 category of the CLEAPSS Primary Science Competition. This competition is entered by pupils from over 20,000 primary schools, and thus is a really tough competition to win! Dasha, Olivia and Emily began investigating the topic of ‘No More Cabbage’ in the Year 4 Science Club last year with Mrs Richardson. They began by finding out what an indicator is, and then from there learnt how a red cabbage indicator works. The girls then spent the year trying to find a new possible indicator, testing a huge range of items, such as turmeric, conkers and pomegranate seeds. They wrote all their findings up into a presentation book which included a record of each test, the results and a conclusion detailing their efforts to find a new indicator. 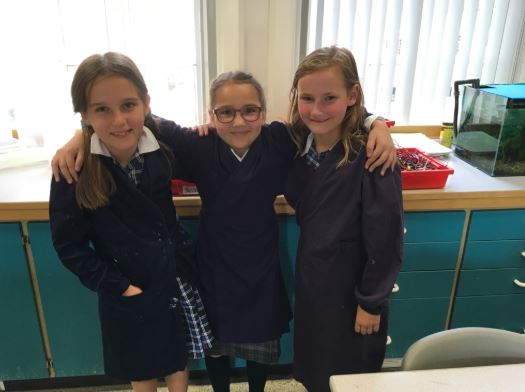 Mrs Richardson posted the books to CLEAPSS on the last day of the summer term, and in September found out that the girls had won! Dasha, Olivia and Emily, now members of Year 5, were presented with their awards in an assembly on Wednesday 21 November. They were awarded by Dave Parry, an advisor from CLEAPSS, and Gill Jurdon, a representative from SciChem.

We are incredibly proud of the girls’ efforts and achievements, and also of the enthusiasm with which they approached this project throughout the year. We hope that this success will inspire ever more pupils to take up these sorts of challenges!

Check out the photos here.