Rosedale House and Dame Bradbury’s Junior Schools sent teams of five girls to take part in the Girls’ STEM Olympiad at Old Buckenham Hall School in Suffolk, competing against teams from seven other schools from the Eastern region.

The pupils took part in four different challenges, drawn from across the STEM (Science, Technology, Engineering & Mathematics) spectrum, all of which required them to show a high degree of teamwork, communication and problem-solving. The aim of the event was to help promote STEM subjects amongst girls, encouraging them to consider these kinds of subjects for future study and careers.

First up was the Engineering Challenge. The task was to try and get a marble to roll down a slope as slowly as possible, using Plasticine, paper cups and masking tape to create obstacles to hinder the descent of the ball, a bit like in a pinball machine! Both teams created impressively intricate designs to help absorb the kinetic energy of the marble and thus reduce its speed. 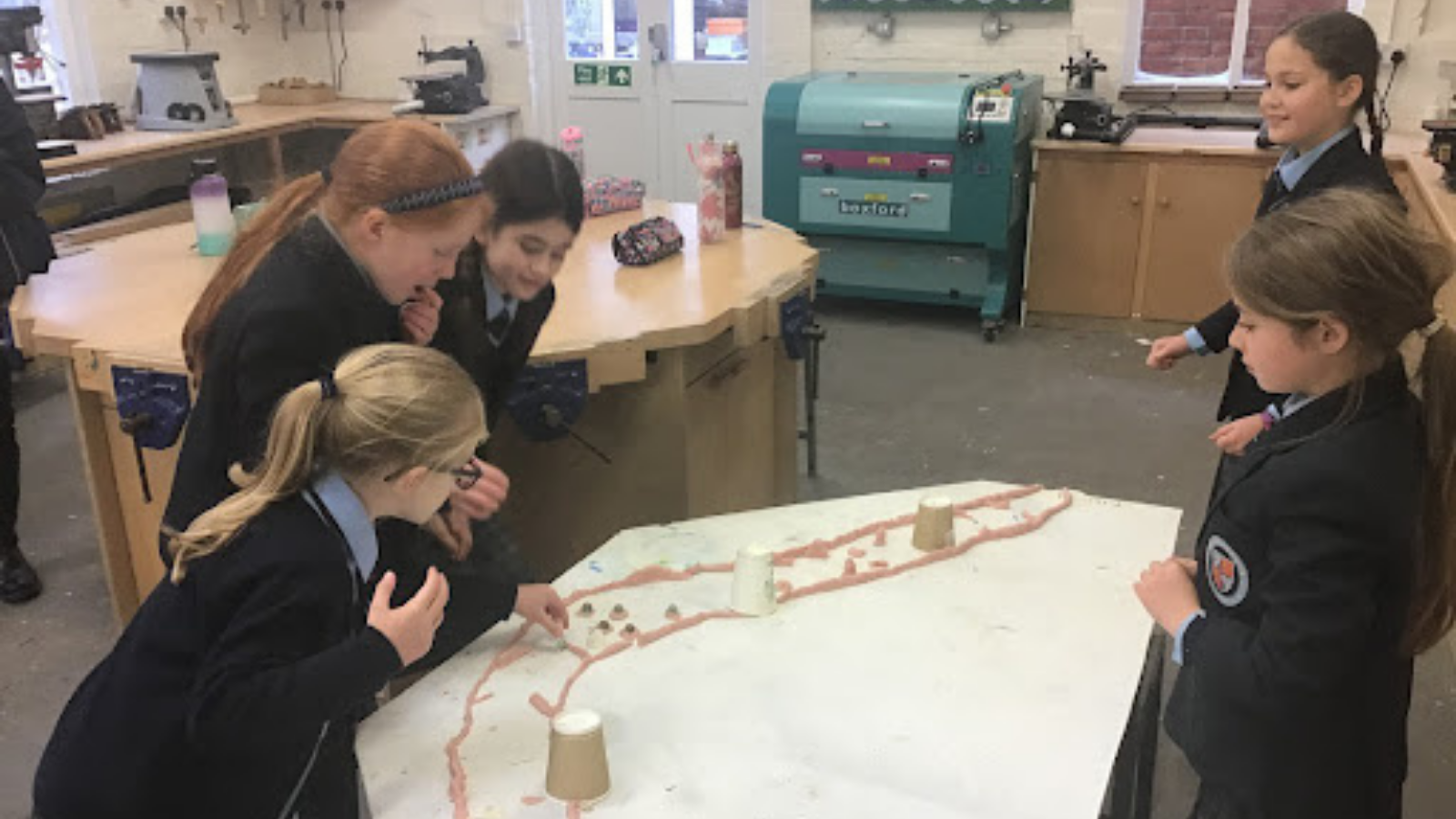 Secondly, there was the Maths Challenge, in which the pupils faced a series of questions requiring them to calculate the volume of various 3-D shapes, which became increasingly challenging as the task progressed, and finally involved real-world objects.

For the Science Challenge, the teams were confronted with a crime scene, at which various kinds of evidence had been left, including fingerprints, a written note and a mysterious white powder! They donned white coats and goggles and turned into “CSI” forensic scientists, as they carried out a battery of lab tests to identify the suspect. These included chemical tests on the white powder, chromatography of the ink samples, and matching fingerprints. Both teams identified the suspect correctly.

The final task was the ICT Challenge, where the pupil worked individually on separate computers to use Scratch to create an animation involving the antics of a cat and a mouse, in the style of Tom & Jerry.

Both Junior School teams did their schools proud, and Mrs Graham and I were very impressed by the maturity, teamwork and analytical and problem-solving skills the pupils showed as they approached the wide variety of tasks they faced throughout the day.

We were delighted to receive the news at the closing ceremony that the Rosedale House team were overall winners of the competition! A real testimony to the dedication they showed throughout the day, and the Dame Bradbury’s team can also be very proud of their own performance.