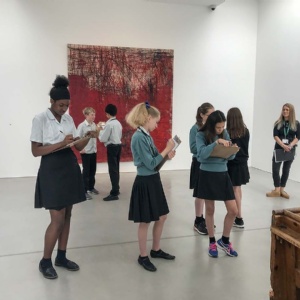 On Thursday 6 June 30 students from Years 7-10 attended a trip to Kettle’s Yard Gallery, Cambridge to see the work of Turner Prize Nominated Artist Oscar Murillo and his exhibition ‘Violent Amnesia’. 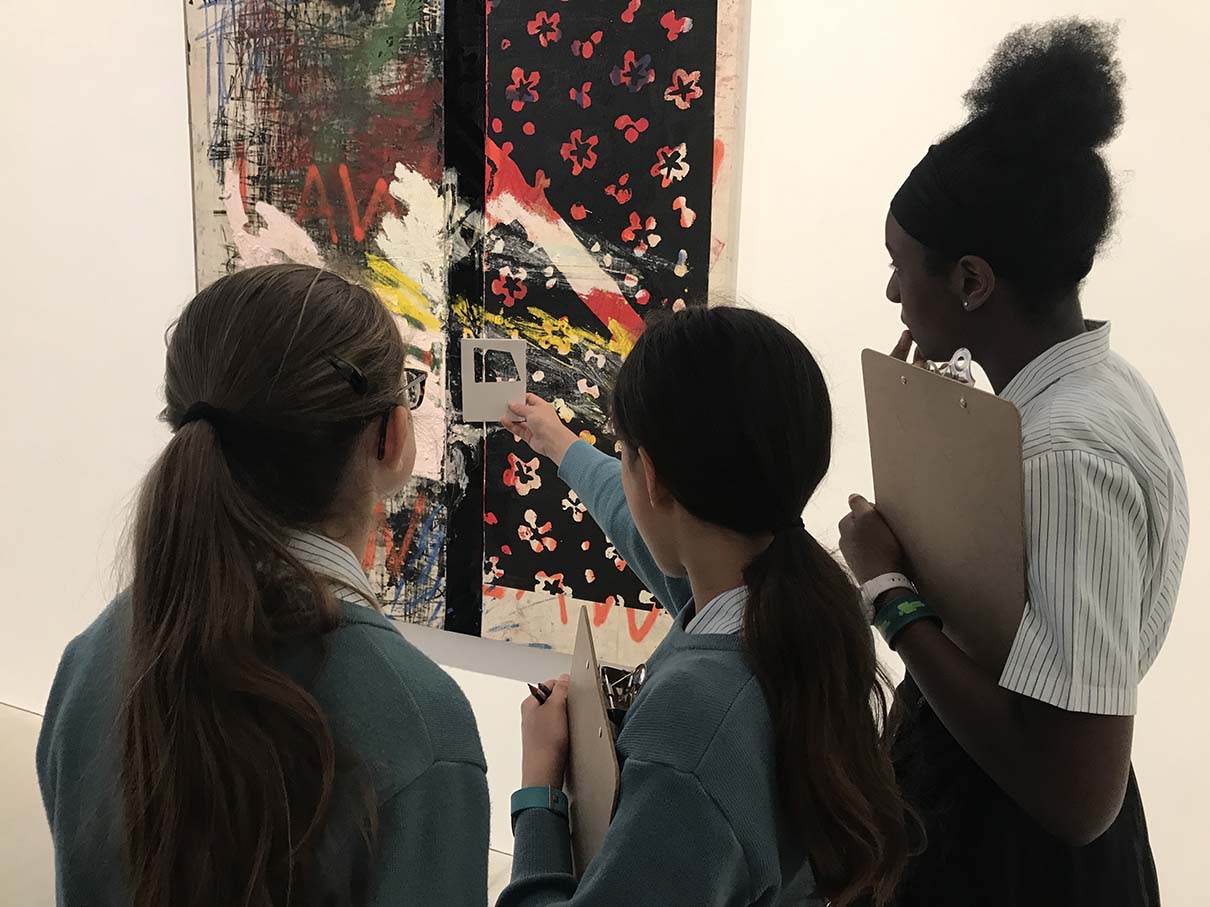 “Murillo’s work was powerful, making our own canvas scribblings seem mild in comparison. The piece “violent amnesia”, after which the exhibition is named, dominated the wall of the gallery. It’s dark colour, heavy fabric, and expressive, stark brushstrokes truly reflected the artist’s anger and message: travel, specifically the restrictions, destruction and pain surrounding it. Our trip to Kettle’s Yard was both an informative and creative experience, we responded to Murillo’s work with our own drawings which, at the end, were collated to form one large, collaborative piece. This final patchwork piece was a wonderful display of our individual works in a very Murillo-esque way.”

“On entering the exhibition my initial thoughts on Murrillo’s work were not exactly positive, his work was dark and expressionist, depicted in an abstract style. I couldn’t grasp the meaning of the pieces initially and so I took a step back from the pieces. After our guide began to explain the meaning and thought behind each of the works, I started to gain a clarity and understanding of each of the pieces, and hence a deeper appreciation. We carried on looking round the different galleries, helped along the way by our tour guide and discussed as a group the meanings and symbolism of the pieces. As we viewed the pieces we created interpretive sketches of the “feelings” we got upon entering the exhibition and how we interpreted the pieces. The sketches later became part of a larger collaborative piece in the workshop, we tied each individual drawing together and gave them titles, and then we hung the collaborative piece, which by this point hugely resembled that of Murrillo’s work. It was an enjoyable and educational day which I think we all gained a lot from.” 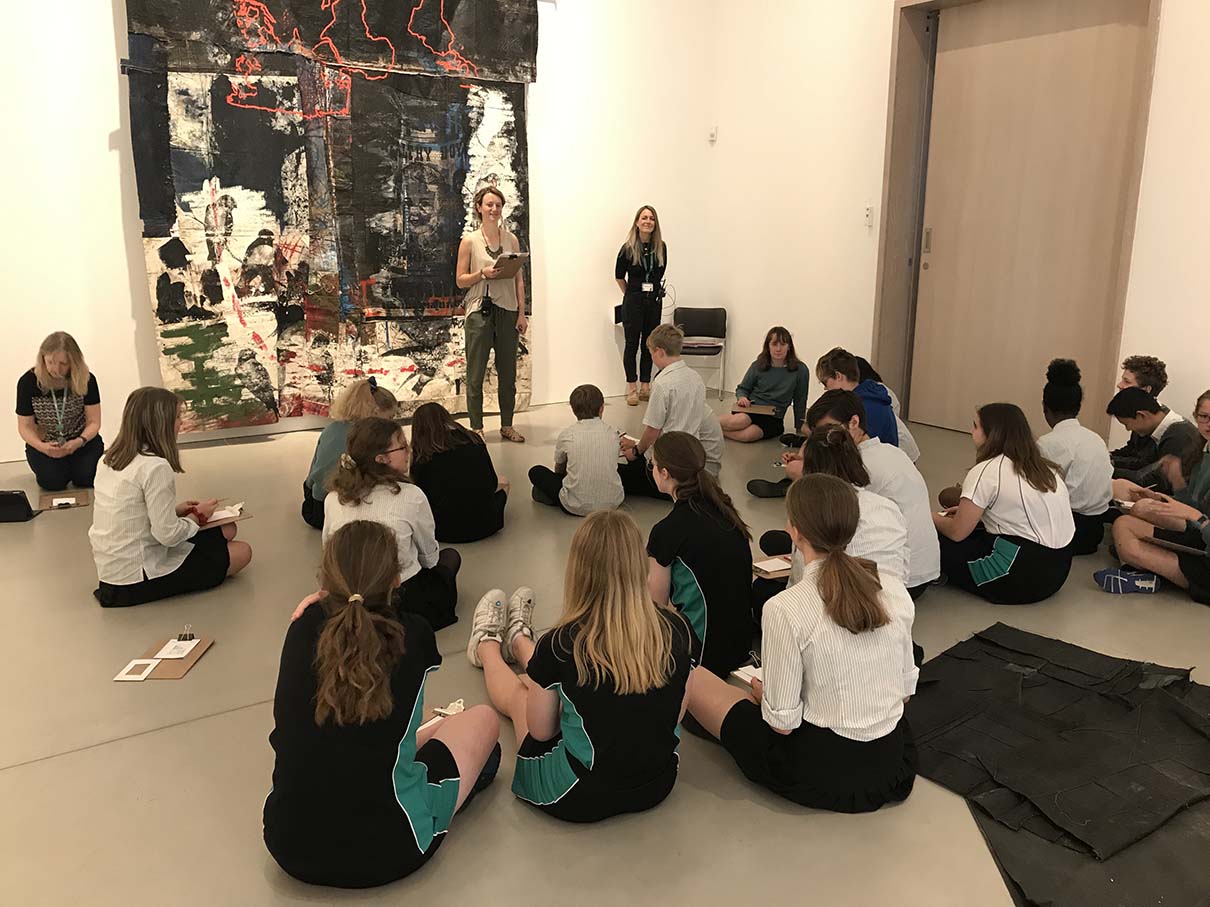 Work generated from the day will be on display during the Foundation’s Festival of Learning event on 9 July. 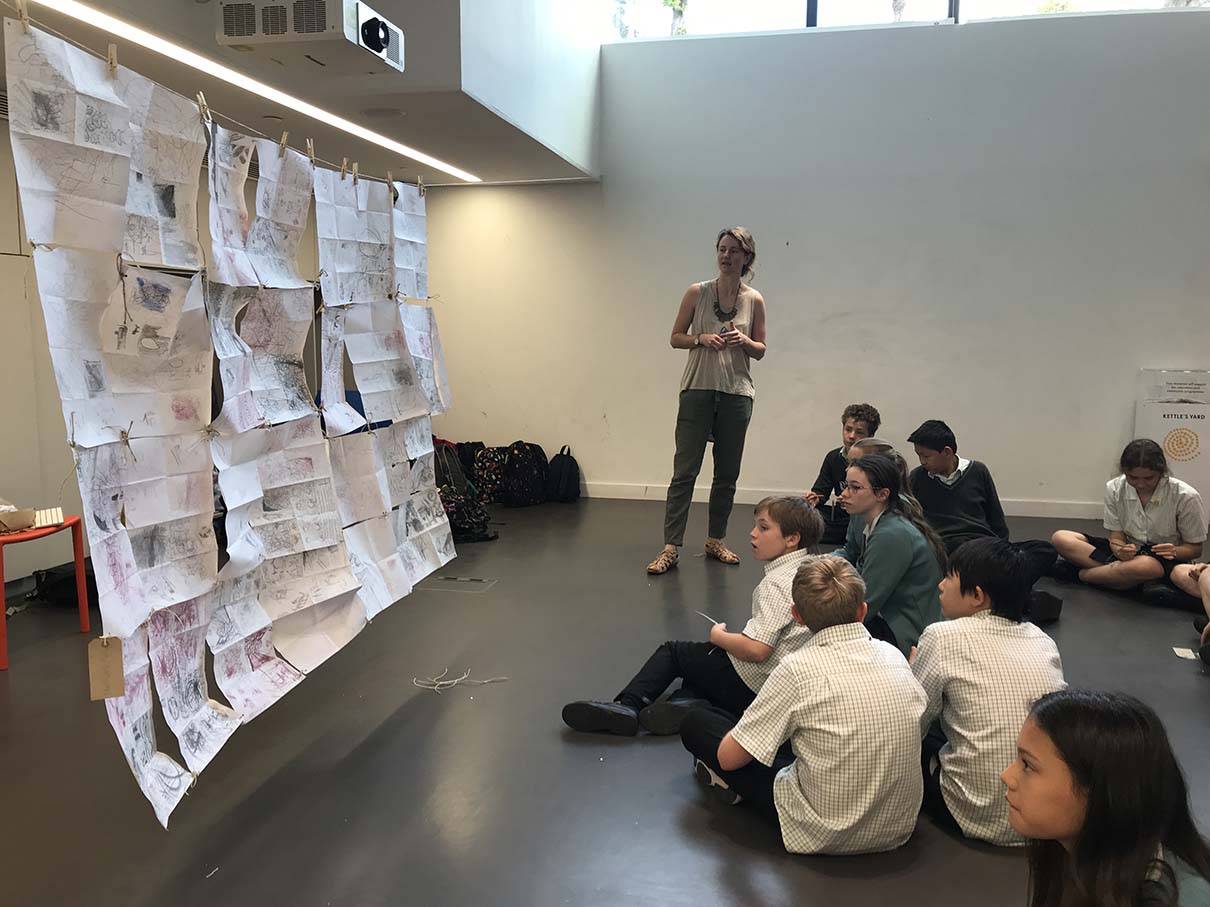