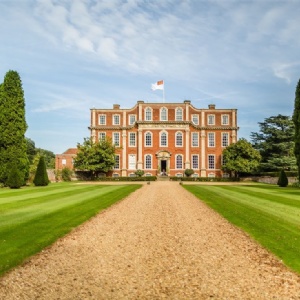 On 18-19 November, I had the privilege of attending an event organised by the Royal Society, titled "Cutting Edge Classrooms". I was invited to participate as part of the Junior School's membership of the Associate Schools and Colleges Scheme, which the world's oldest and most prestigious scientific organisation has set up to facilitate links between academics and teachers and to allow teachers to share best practice in science, technology, engineering and maths (STEM) education. The scheme forms a central plank of the society's strategy, set out in its "Vision" document, to promote STEM education, in order to ensure the UK's future in science and technology.

The event took place in the stunning surroundings of Chicheley Hall in Buckinghamshire, a former stately home, part of which is now run by the Royal Society as a conference and social venue. Clearly, a lot of work had gone into preparing a stellar line up of speakers and providing plenty of opportunities to share ideas. Teachers from a wide geographical range and representing every phase of education were treated to fascinating talks by some of the leading researchers in fields including drug development, atmospheric chemistry and astrobiology. Each talk was followed by a discussion period, during which we had the opportunity to speak to the scientists themselves, and then share ideas with fellow teachers about how we could translate what we had learned about in the talks into tangible activities back in our schools.

In order to ensure that the conference would result in actions which will promote STEM education, and spark the kind of excitement about discovery that will help nurture the next generation of scientists, engineers and technology entrepreneurs, the second day culminated in each the attendees writing an action plan, setting out concrete proposals for how to take forward the exciting research findings we had learned about, and turn these into activities in which our pupils can participate.

All the participants went away buzzing with excitement and energised to share what we had learned. I am sure that this is a gathering which has sowed seeds that will help inspire many young minds throughout the country to learn more about the exciting possibilities which science and technology are opening up all the time. Personally, I have come back with a range of ideas to share with Junior School pupils, so with no astrobiology pun intended: watch this space!