JLC (Junior Language Challenge) is the National Language Competition for children aged 10 and under in the UK. The JLC, which is great fun, is designed to encourage young people to learn unusual languages like Romanian, rather than Spanish or French.

Initially I was not very sure whether I should take part in this competition. After playing a few games with my mum in Romanian using the JLC app, I started liking it. Although I started at the bottom of the Cambridgeshire leader board, I was delighted to finish in first place. Finishing first, meant I went through to the semi-final. For the semi-final I had to learn Korean and all summer I worked hard. 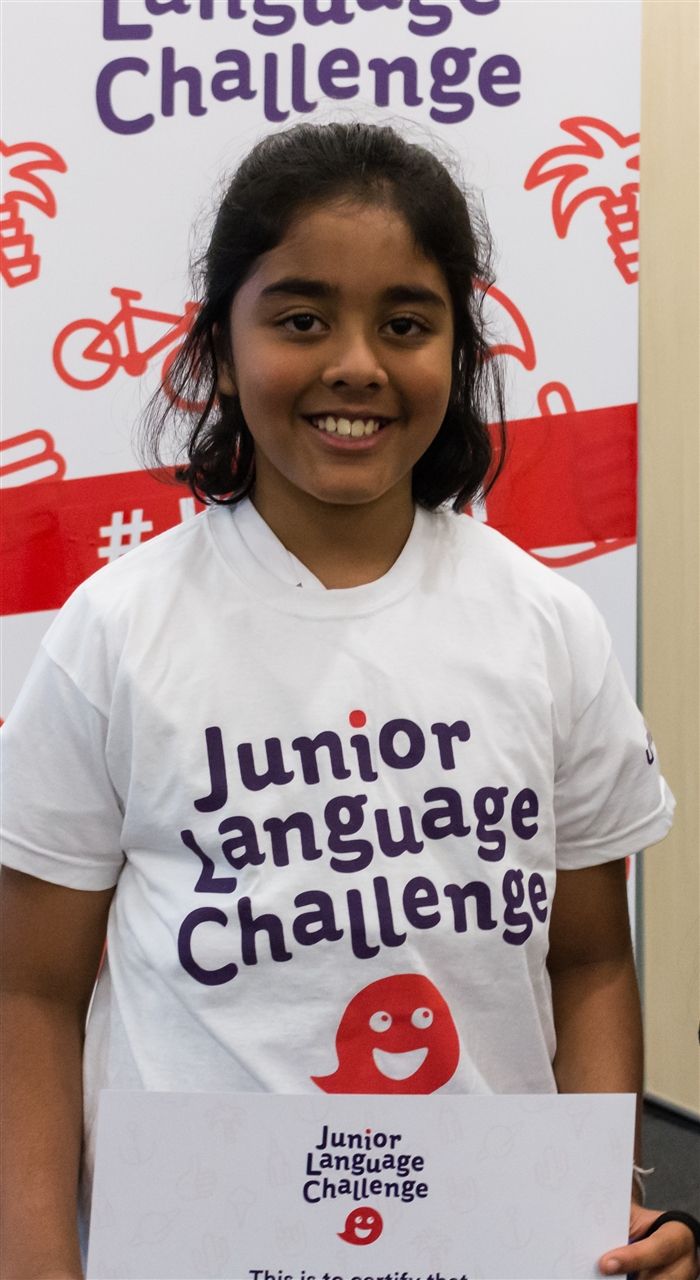 On 16th September, 29 semi-finalists from East of England competed against each other for a place in the finals in London. The semi-finals for East of England took place at Heritage Park Primary School, Peterborough. I was feeling very tense and playing against people face to face was extremely nerve wracking. However, I came first in the first round among 29 kids and only top ten scorers were selected to sit for the next round. In the second round, I finished second among the top ten and only the top three were selected to go for the grand finale at the Olympia.

On 14th October, 30 finalists from all over the UK, who had topped the leader board in their regions, met at the Olympia in London. The final was very different and the environment was much more tense. I was very nervous and had no idea what to expect as I realised most of the finalists had already been to this competition tow or three times before and this was my first time. I was in 3rd place and then a technical failure happened in my group. I lost my concentration a bit and slid down slightly in the scoreboard when it re-started after the fault was fixed. It was very difficult to maintain concentration in that high pressure situation. 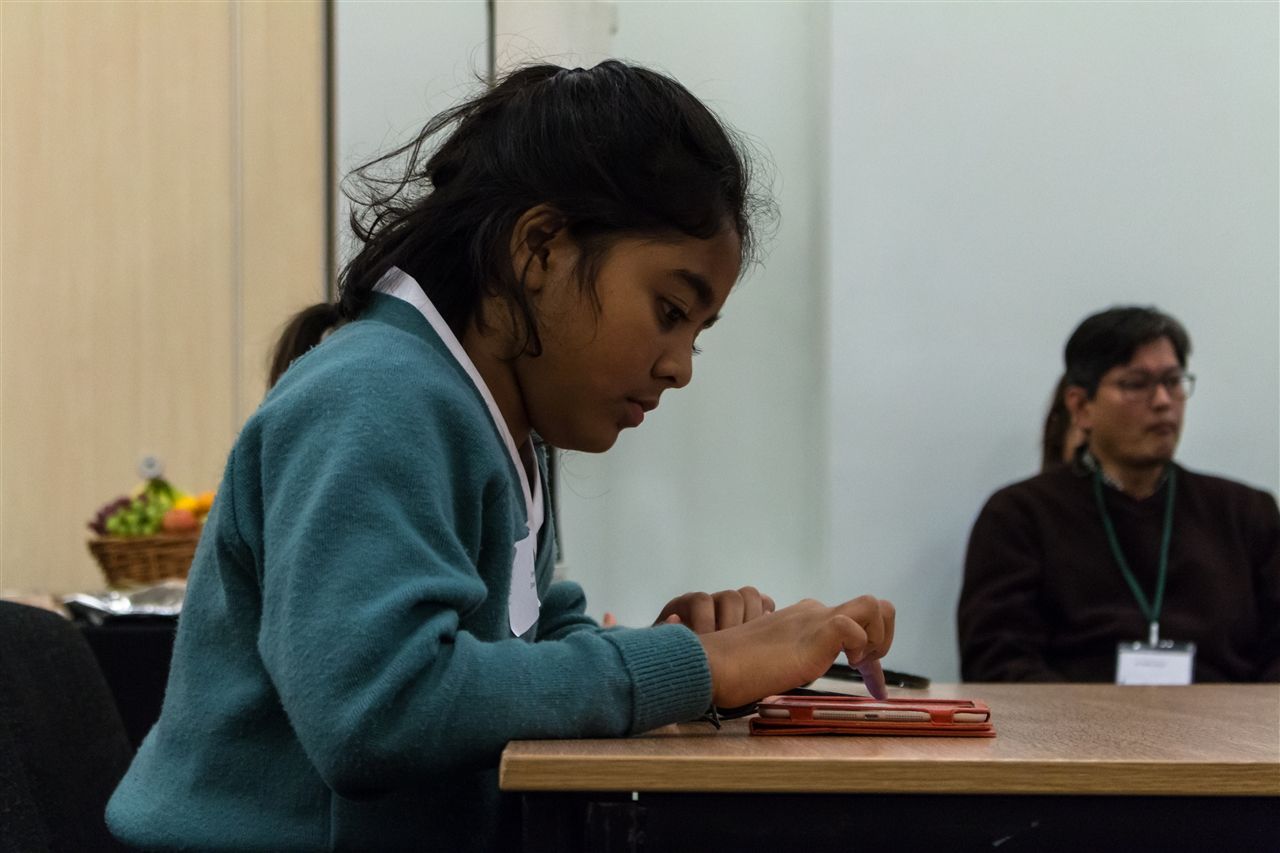 I really like this language challenge because it also focuses on aural and memory skills apart from learning new languages. The JLC team is amazing and very helpful. Getting to the semi-final and final out of so many participants from all over the UK is a special feeling which I will never forget. The feeling that you are among the best of the massive amount of participants is simply wonderful. I would love to go to JLC again. Getting into the finals was a fantastic experience!