Year 4 take a step back in time for Roman Day 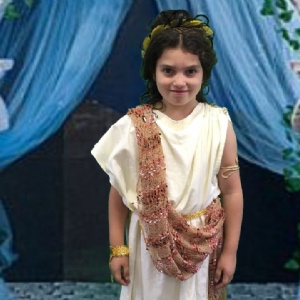 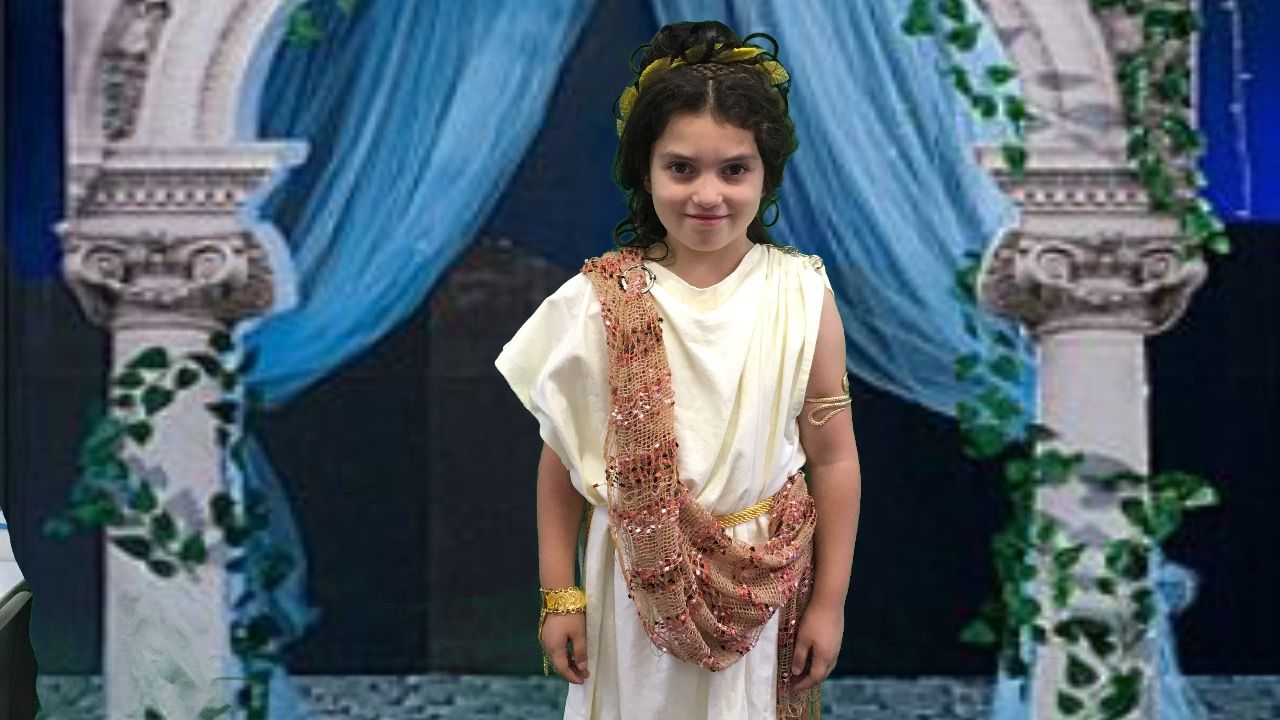 They practised obeying commands as Roman soldiers, arranged in rows and listening to the trumpet signals as they marched towards the charging Celts. 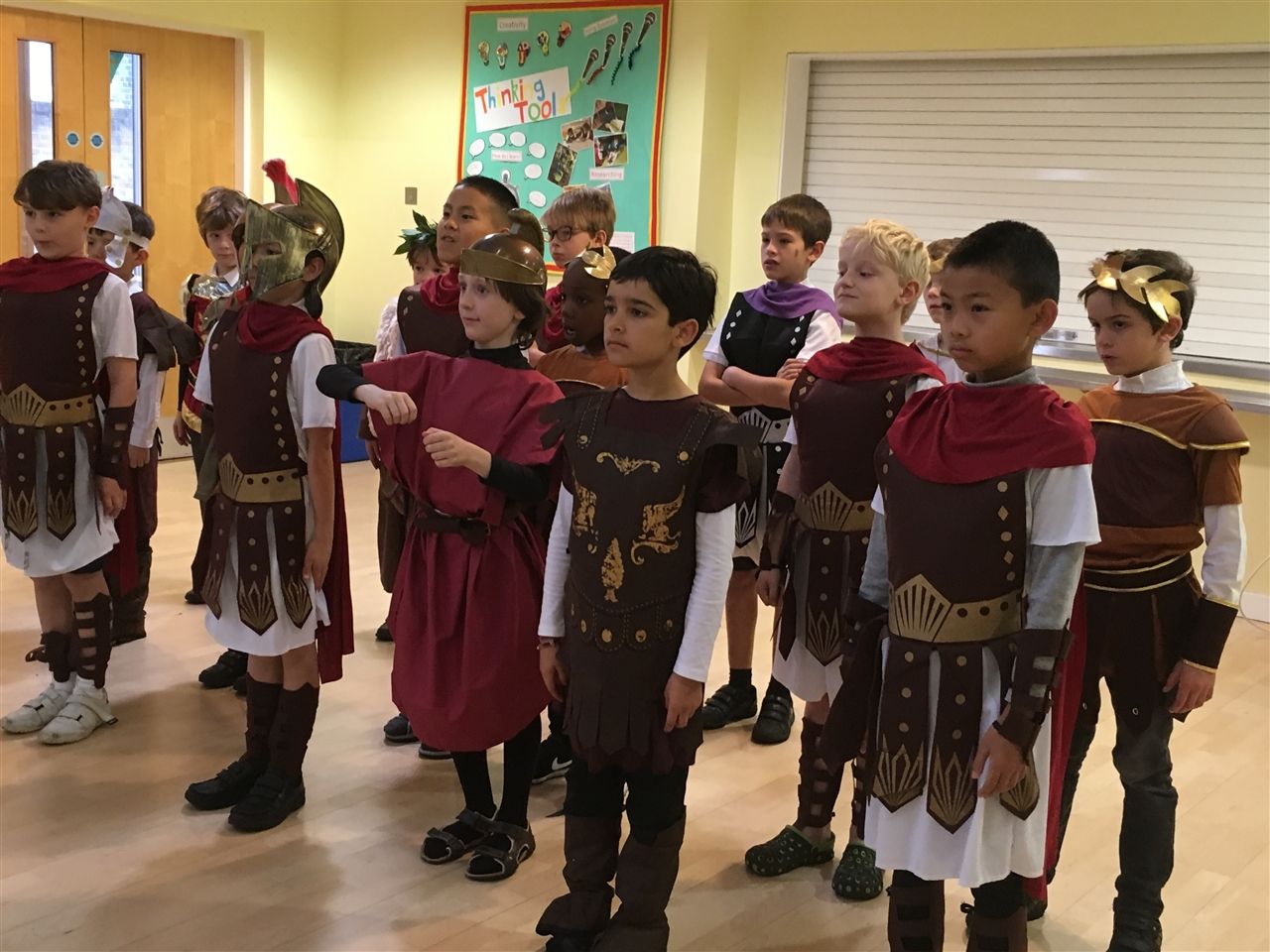 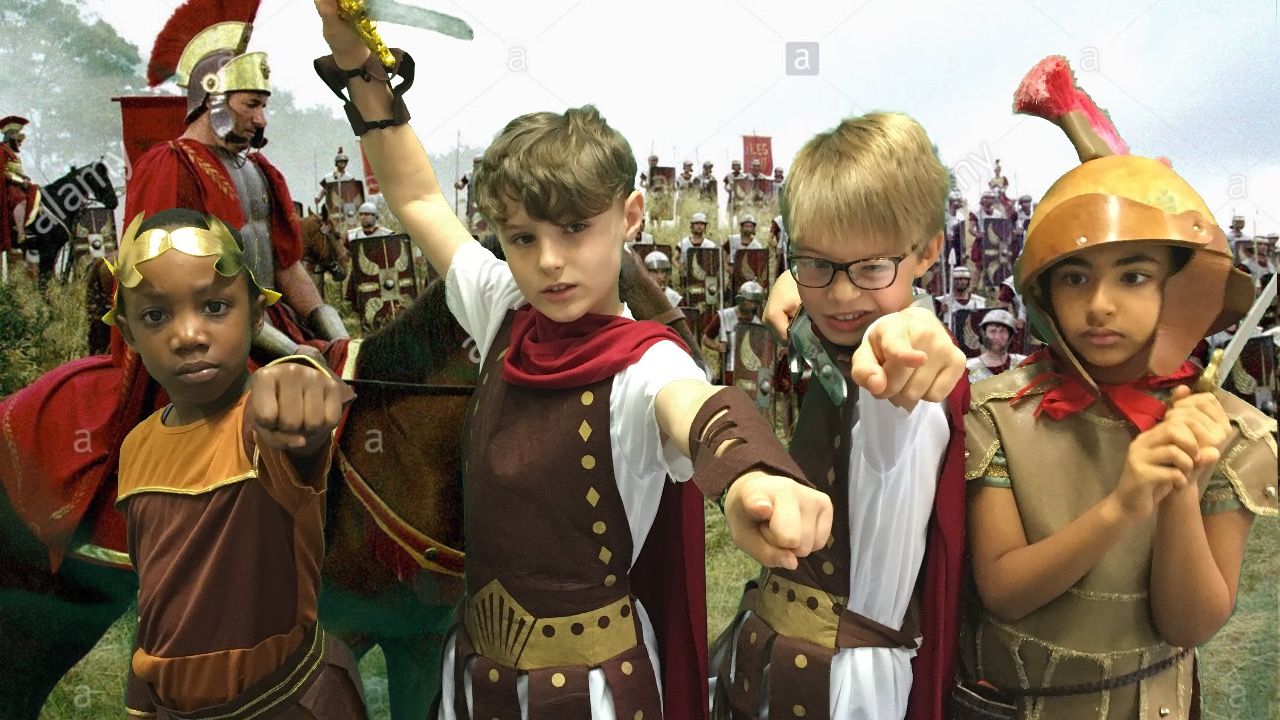 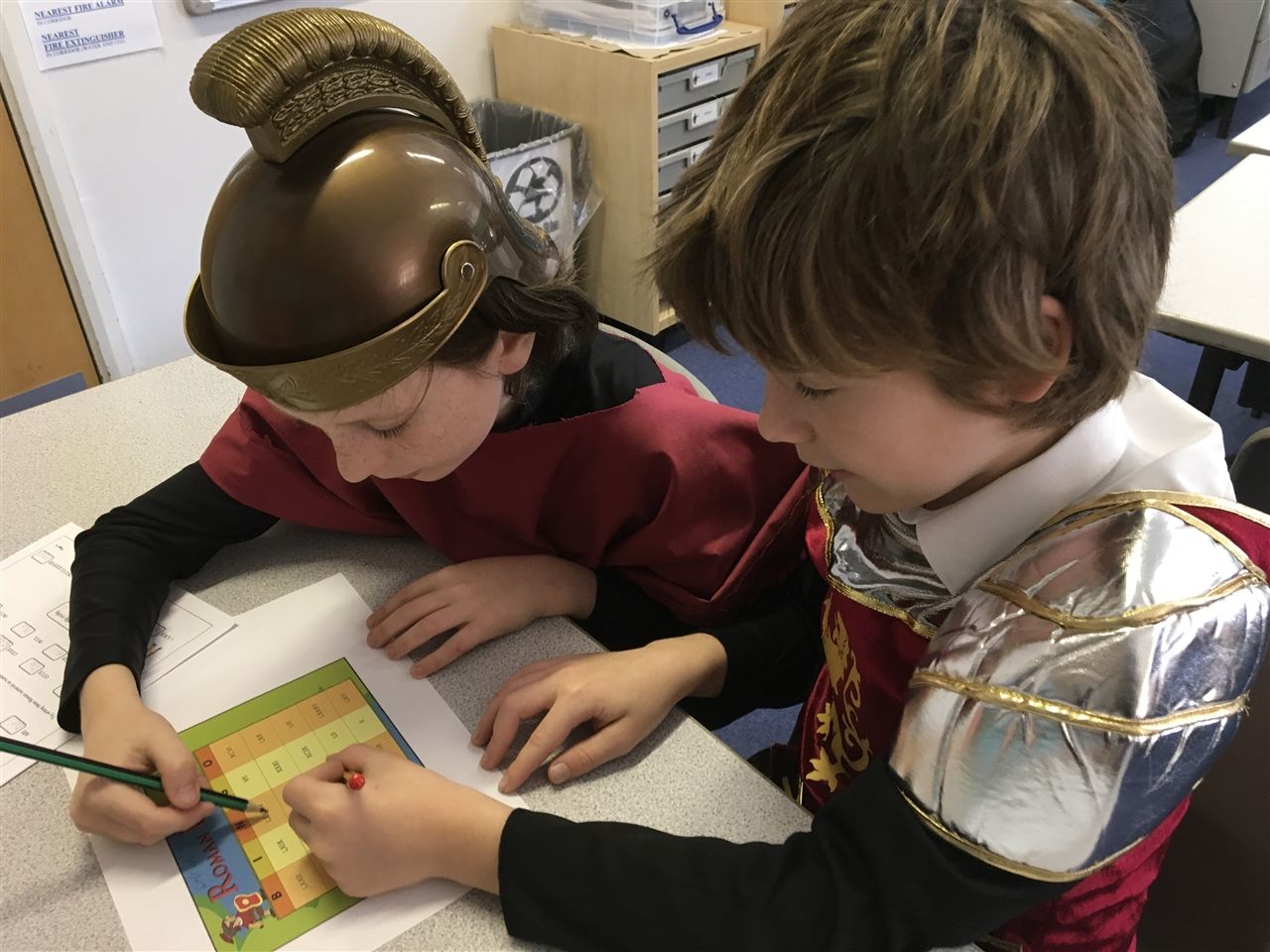 It took a little while to get to grips with all the ways the Romans organized the I, V, X, L, C, D and M but, in the end, everybody felt confident enough to play a few games of bingo with their newly grasped number system.

Next, the children used a moving quiz to find out about each piece of the Roman soldier's armour and learnt Latin names, such as lorica segmentata, cingulum and caligae.

This led on perfectly to the final activity of the day - a chance to dress the miniature Roman soldiers the children have been making in their Art lessons over the last couple of weeks. 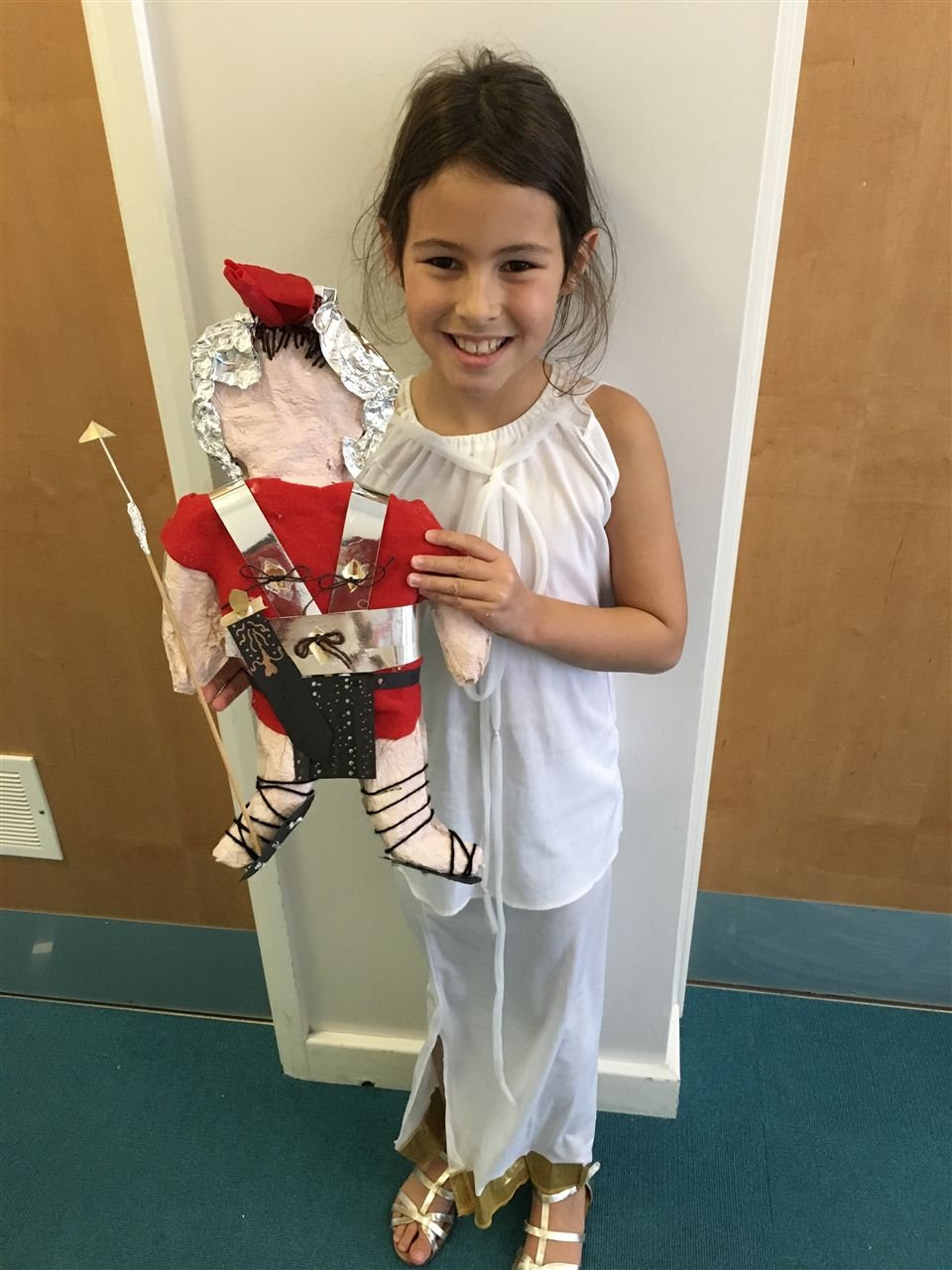 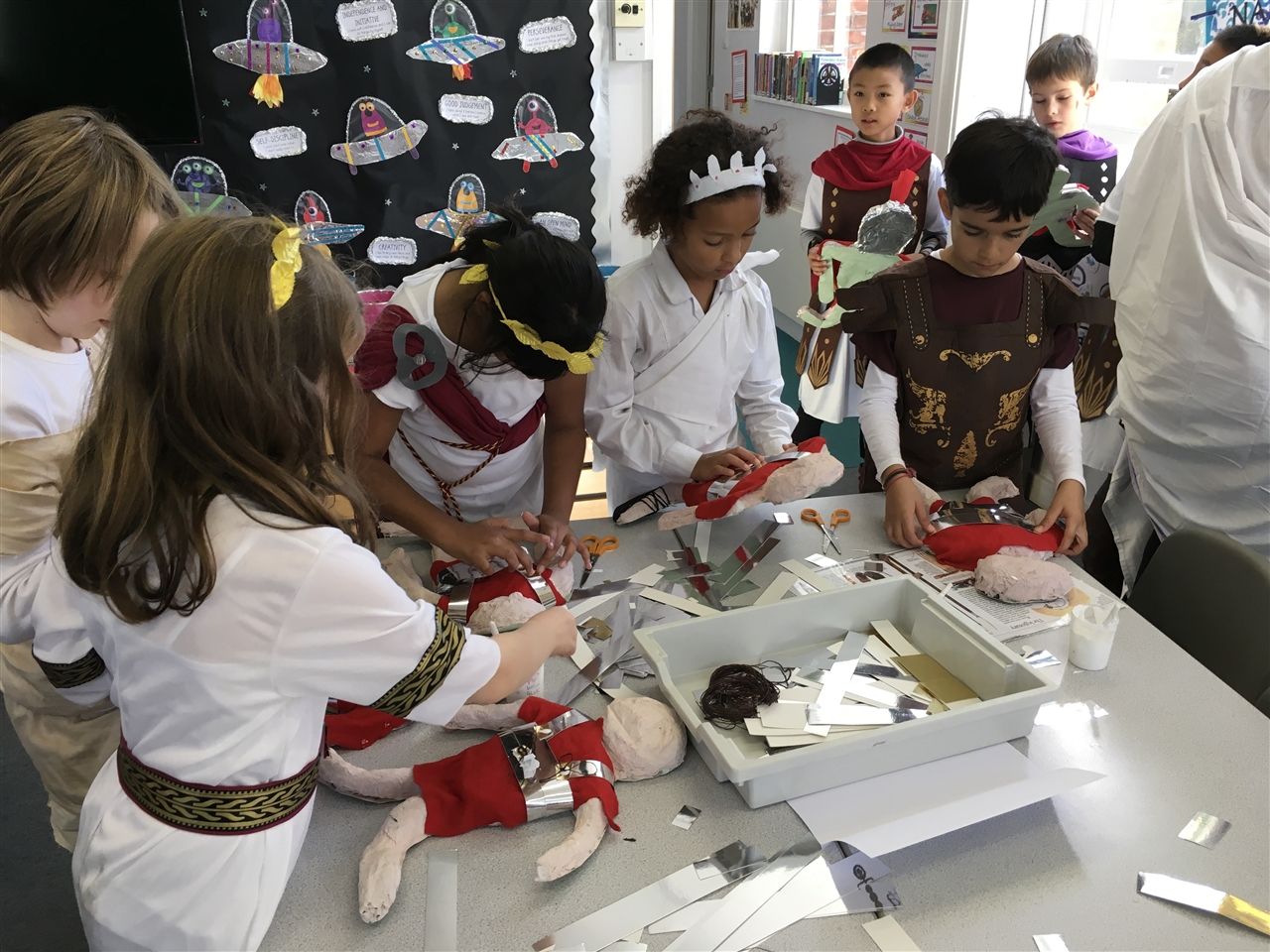 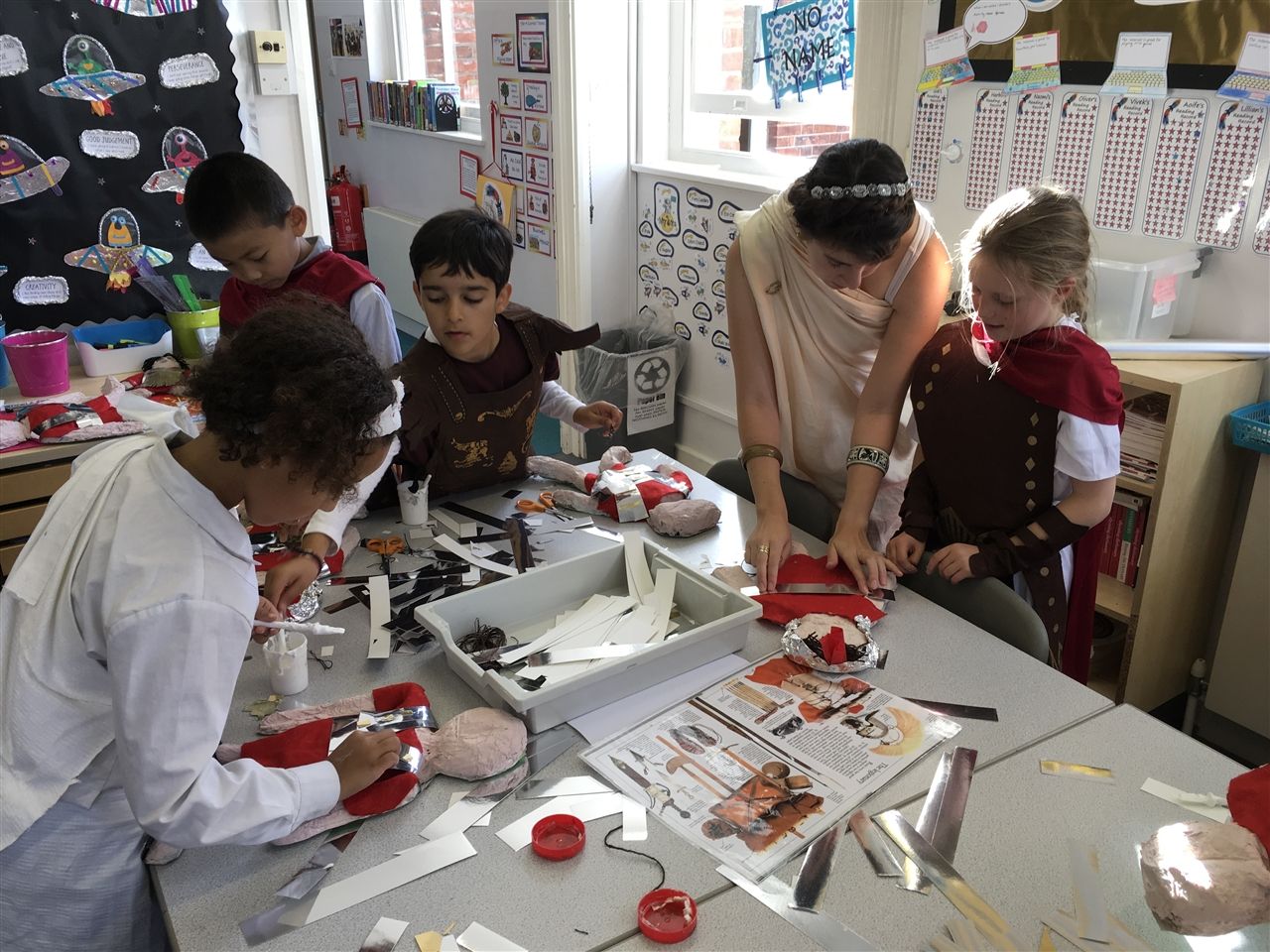 We are very grateful to the parents who came to help, each running an activity to provide the soldiers with one new piece of equipment and, thanks to their efforts, the afternoon was highly productive.

The finished soldiers will be on display in the Year 4 classrooms very soon so feel free to come in and see them. Finally, Roman soldier fairy cakes for Beatrice's birthday were the perfect way to finish off such a lovely day.