Year 2 showcasing what they have learnt as part of their 'Let's Play topic'.

Class 2F enjoying sharing their work on their ‘Let’s Play’ topic with an assembly to the school and parents on Friday 18th May. It proved to be a very international occasion! They demonstrated many of the playground games they had learnt, from ladders to French skipping to clapping games. They also retold the story of Mary Seacole, a British-Jamaican business woman and nurse who set up the "British Hotel" behind the lines during the Crimean War, which they had learnt through a role play/drama focused week of ‘Let’s Play Dressing Up!’ They also greatly enjoyed making their Japanese flags, flown from the roofs of houses in Japan on Children’s Day. Morning filled with fun and facts! 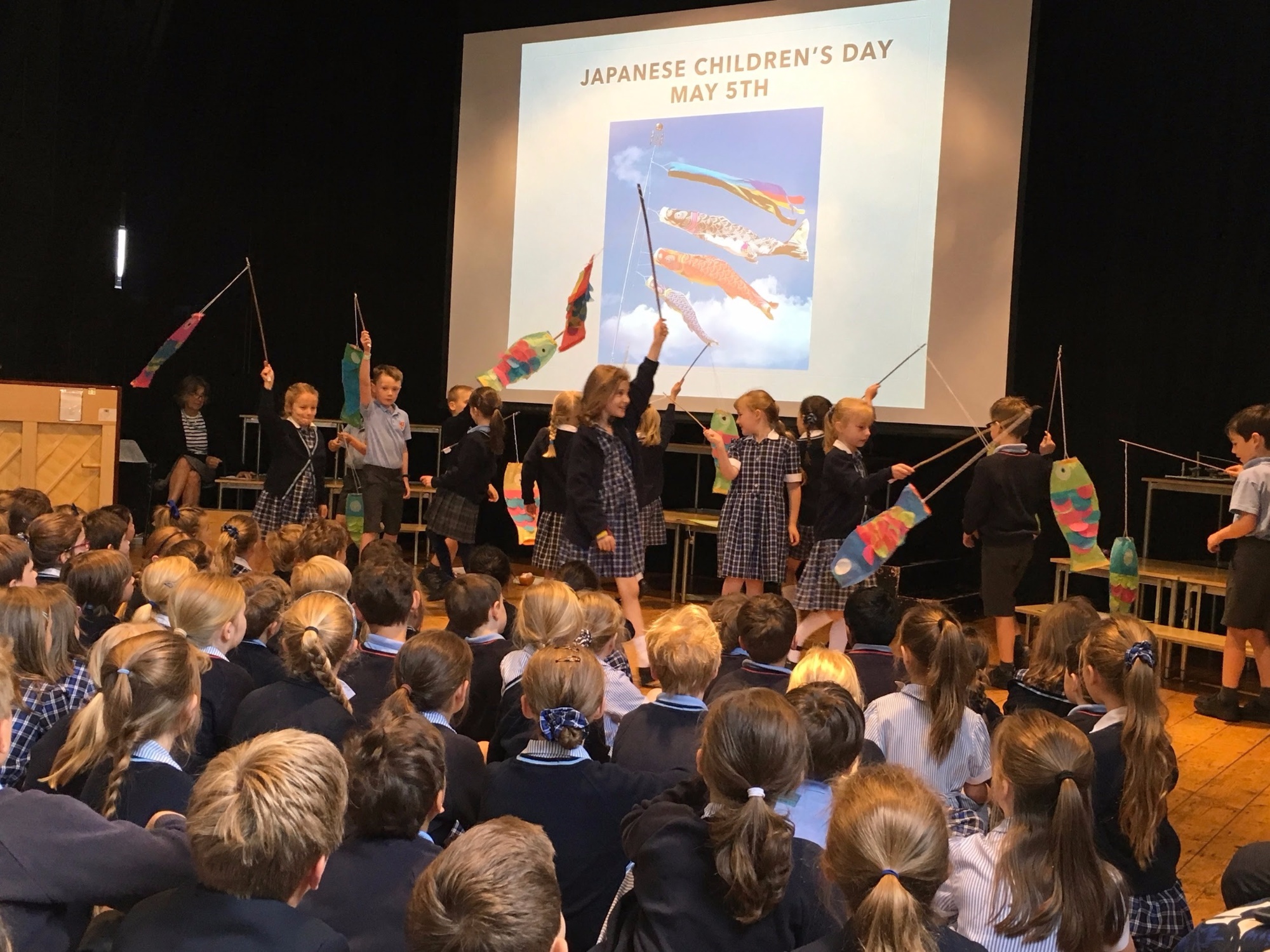