Exploring the 'World of the Hero' with 6th Form Classics students 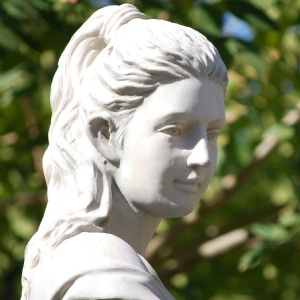 Year 12 and Year 13 students from the Stephen Perse 6th Form College  enjoyed a Classics lecture day all about the 'hero'.

On Tuesday 5 February, several Classics students from the Stephen Perse 6th Form College travelled to London for the day to attend a series of lectures on the World of The Hero.

The day began with a talk from Matthew Leigh discussing Homer's influence on the Aeneid, and how Homer's works helped to shape those that came after. The second talk was by Matthew Nichols who challenged our students misconceptions about Roman propaganda and the imperial image, especially in relation to the Emperor Augustus.

After a break for lunch, it was straight back into more talks for the afternoon. Edith Hall shed light on religion in the epics written by Homer and Virgil, and discussed the portrayal of 'comic' and 'cosmic' gods. The final talk was by Fiachra Mac Góráin who deliberated the question of 'What is a hero?' and emphasised the difference between the ways that heroes were presented in Roman and Greek literature.

'All the lectures were highly informative and have really enhanced our knowledge of the subject.' James S, Year 12