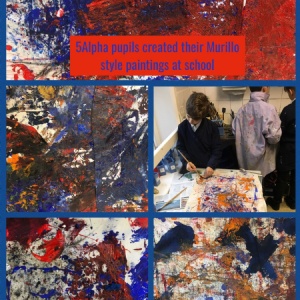 Having been involved in Frequencies, a long term project devised by Colombian born artist Oscar Murillo, Year 5 pupils were excited about going to Kettle’s Yard to see an exhibition of Murillo’s own work.

Shortly before their visit on 8 May, it was announced that Murillo has been nominated for the 2019 Turner Prize, which is a remarkable achievement in itself. 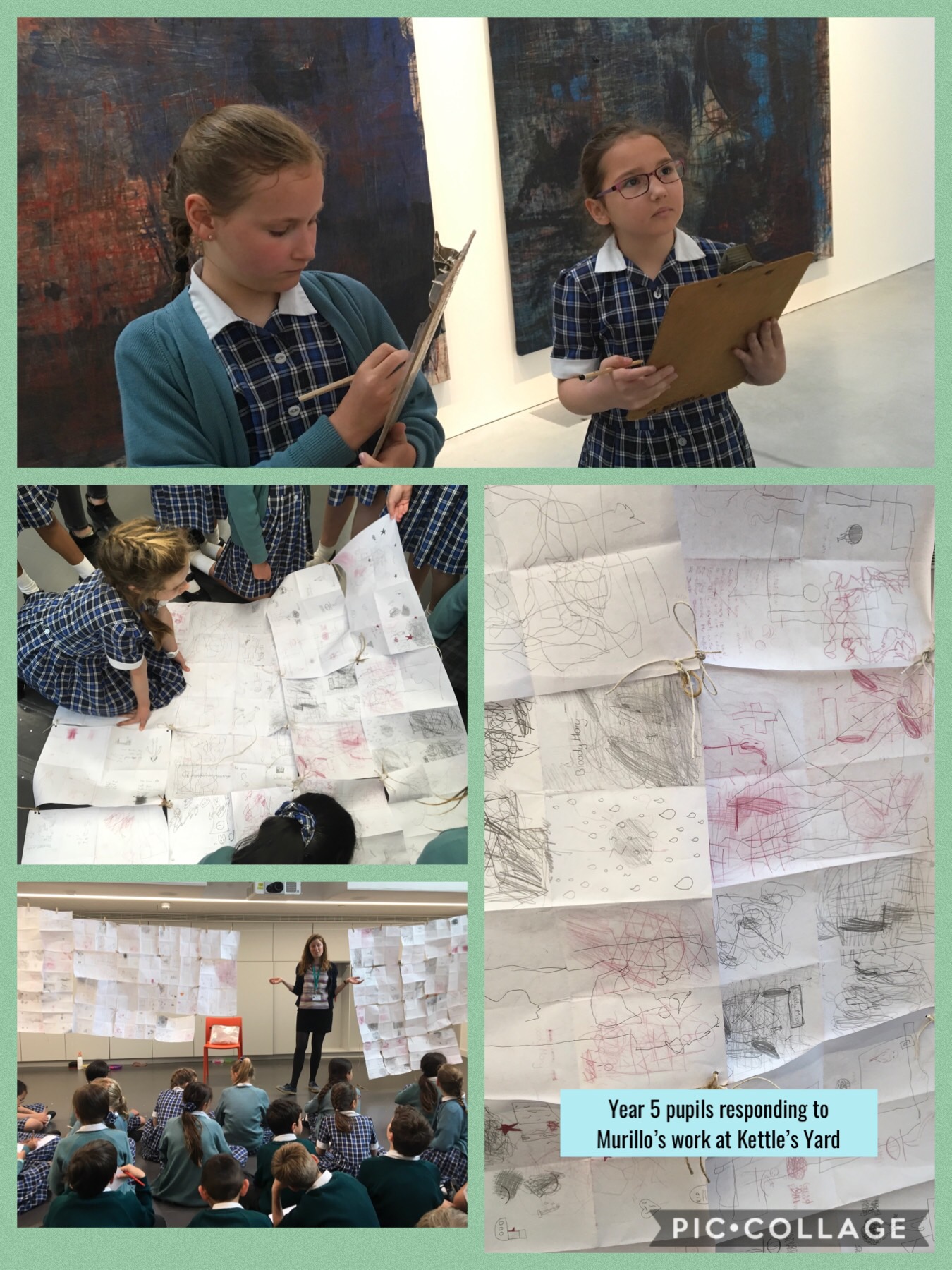 The trip to Kettle’s Yard was designed to give pupils a greater understanding of Murillo’s work and how this linked to the canvas project, in which images are generated layer upon layer. It was fascinating for them to see some sections of the Frequencies canvases on display, although nobody spotted their own doodles! 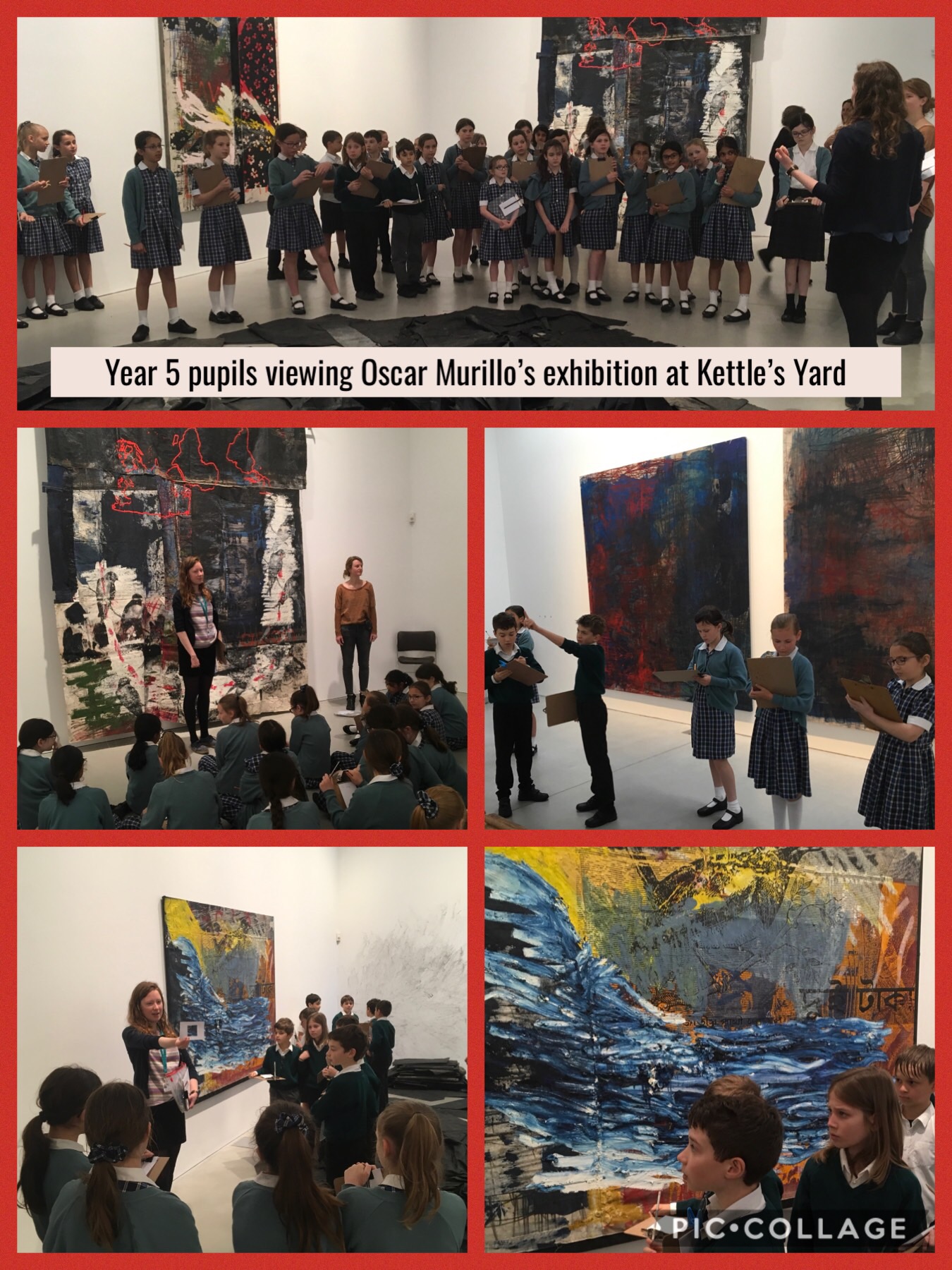 During the visit, each pupil created a drawing in response to the work exhibited and the session culminated in these being assembled together and discussed. Although it was agreed that aspects of Murillo’s work were somewhat ‘dark’ and ‘creepy’, on the whole the reactions were positive. Many pupils liked the abstract, expressive nature of his work and found it interesting that people had different interpretations of the pieces. 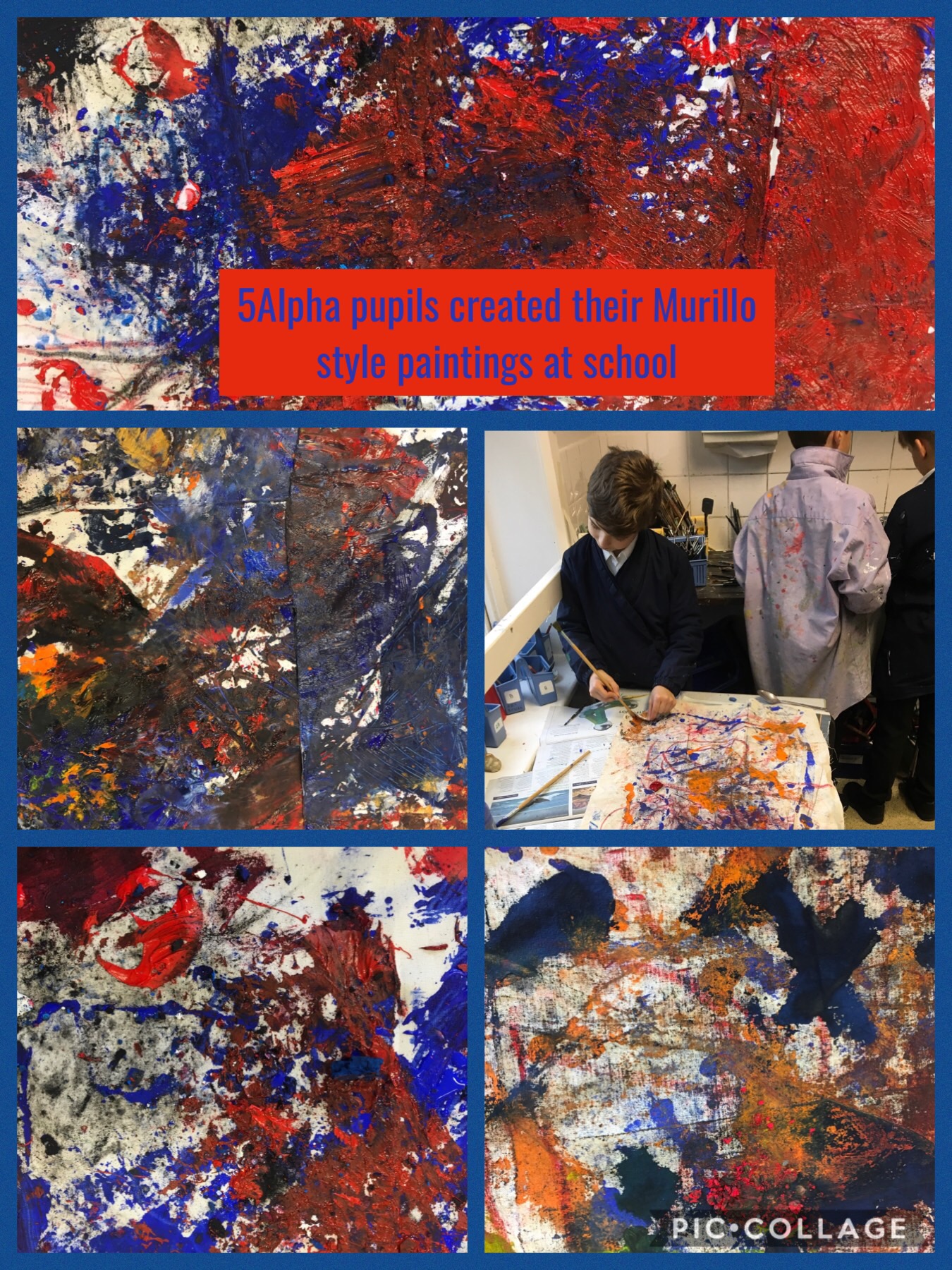 Upon our return to school, 5Alpha pupils had the opportunity to create further work inspired by Murillo, using his techniques to daub paint, pastel and prints on canvas.