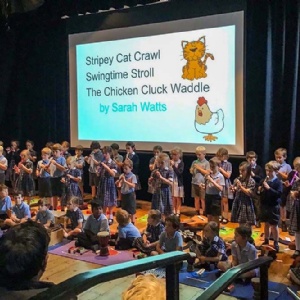 Year 1 and Year 2 put on a fantastic concert entitled 'Off We Go''. Every child played a percussion instrument whether it be the cabasca, claves or chimes bars. They learnt to closely follow signals and even sing and play at the same time.

Year 2 told the story of the Pied Piper through the medium of rap and created a free improvisation to depict the piper's 'mad and magic' music. Year 1 told the story of the Hare and the Tortoise and played a tonic/dominant accompaniment on their instruments. The concert finished with Year 2 playing a repeated pattern called an ostinato while Year 1 sang some pentatonic songs. 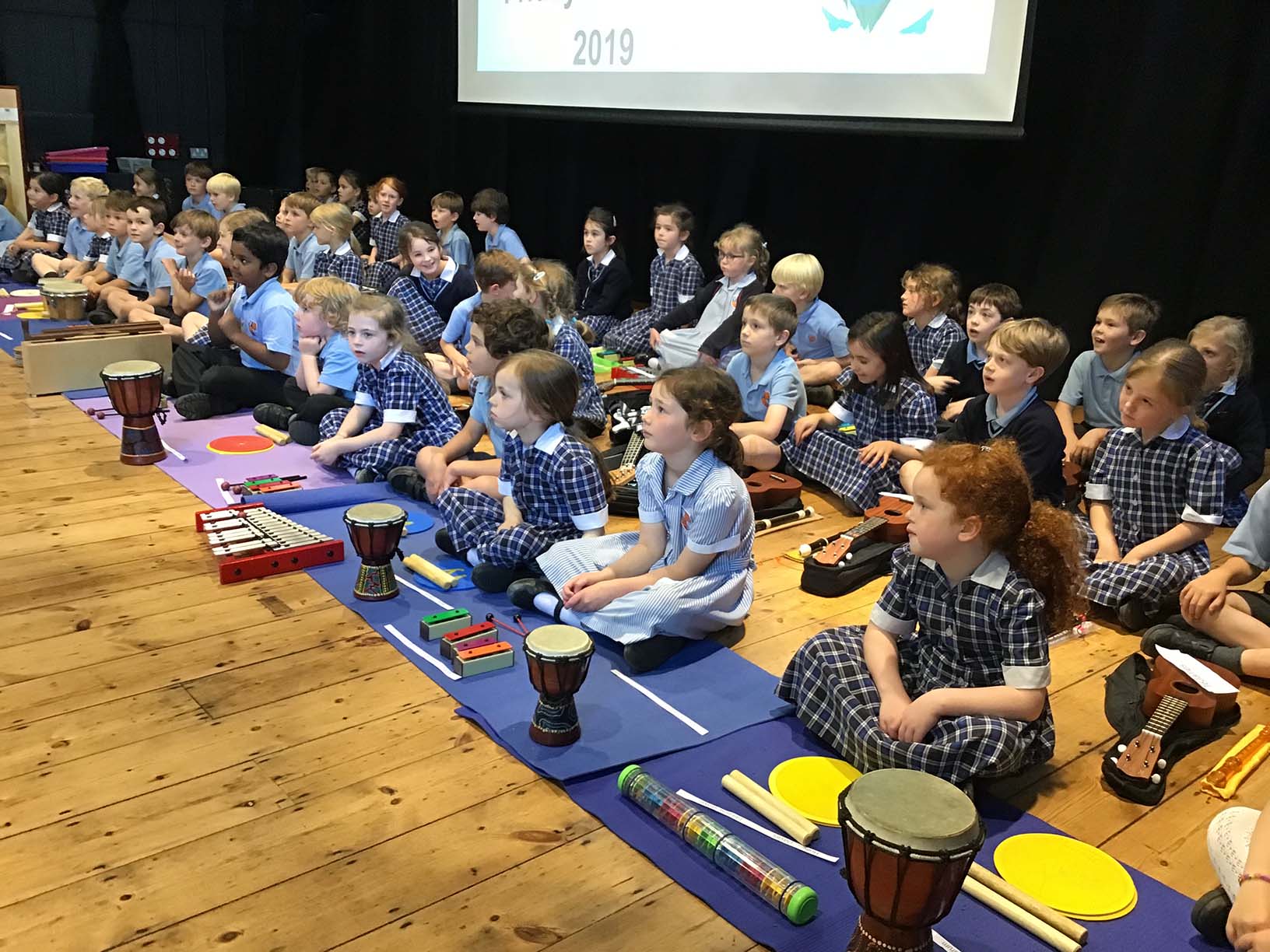 Parents and grandparents of Reception and Kindergarten children came to experience a music lesson at Dame Bradbury's. They watched the children sing some Kodaly based songs while showing the pulse. The children then told the story of Treasure Island, where three pirates searched for some hidden treasure. The adults delighted in joining in, playing on the percussion instruments to create the sound effect of the different places on Treasure Island. We then played a game where a child controlled the dynamics of the group by using their hands. Even some of the parents were caught out and forgot to always watch the conductor!