Year 5 are visited by Judge Downes 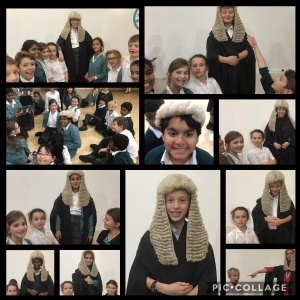 On the 15 November Judge Downes visited Rosedale House Year 5 pupils to give an insight into courts and how they work, as part of the ‘Crime and Punishment’ topic.

Judge Downes is now retired but was a barrister for 20 years and a judge for a further 20 years, so he is very experienced at dealing with crimes.

We learnt that there are four types of court- Magistrates Court, Crown Court, Court of Appeal and Supreme Court. The court you would go to would depend on the crime you had committed. In the crown court there is a Judge, Jury (with 12 people), and a barrister for the prosecution and defence. After the case has been presented, the Jury has to decide if someone is innocent or guilty. This is very complicated and the jury has to be practically 100% sure if the person is guilty or not. If a person is found guilty, the judge then has to take into account many things when deciding on the punishment.

We listened to lots of stories. Judge Downes explained that he went to visit a school a long time ago and that one little boy hid from him. Apparently the boy was scared because his dad was in prison and he didn’t want the judge to send him there too! Did you know that in England judges don’t have a hammer to silence the court room? This only happens in America and in films!

At the end of the talk we were allowed to try on the wigs and the black cloak. This was a really interesting and informative talk which has left us with a better understanding of how the justice system works and has inspired us for the future. 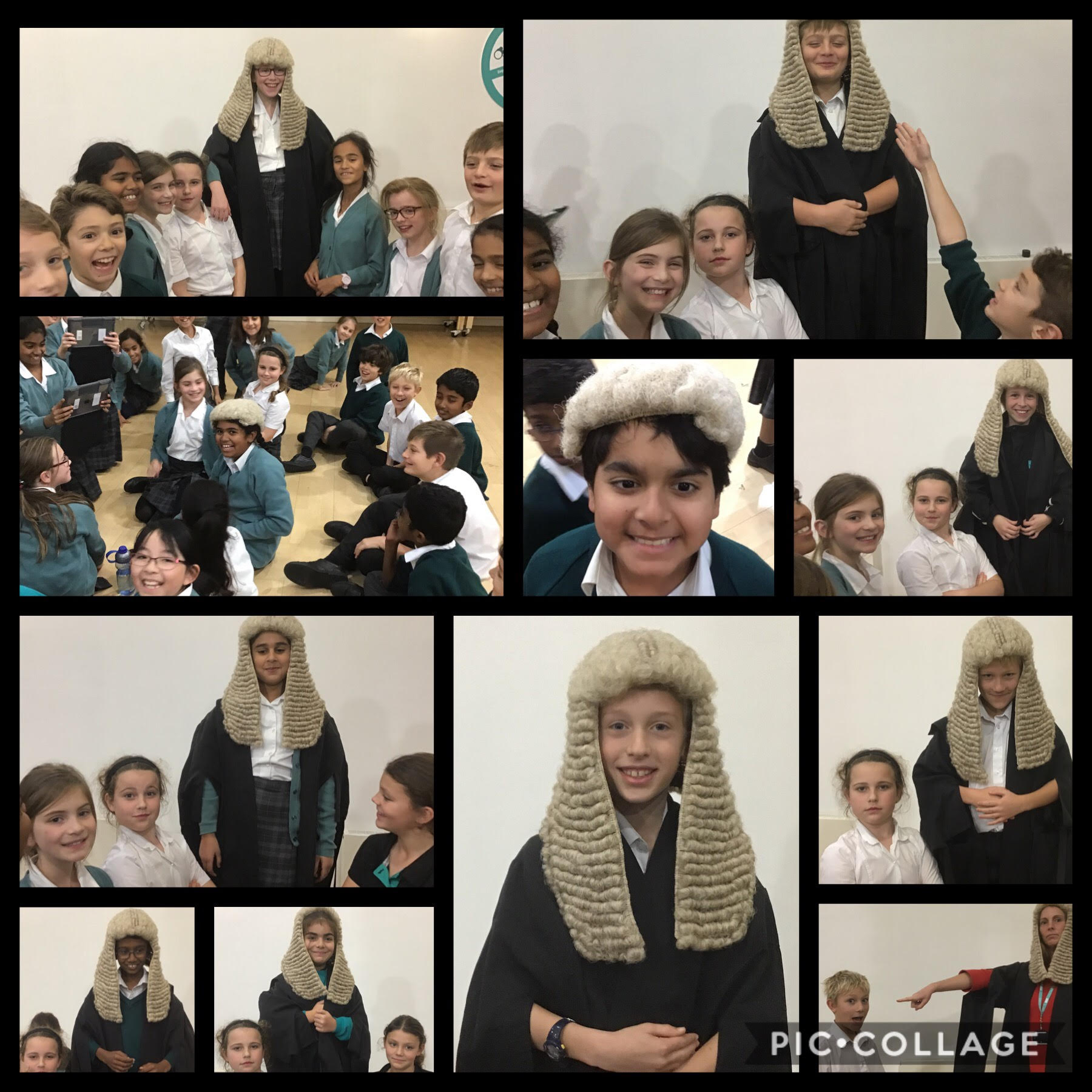