On Friday 7 February, 6Alpha visited the Sedgwick Museum of Earth Sciences, which provided a unique opportunity to explore its fossils, as part of our Adaptation & Evolution topic.

The museum’s world-class collection of fossils and rocks includes samples collected by Charles Darwin himself during his five-year voyage around the world on HMS Beagle.

Pupils learned that it was during this voyage that Darwin started to collect evidence that inspired his ideas about the theory of evolution. 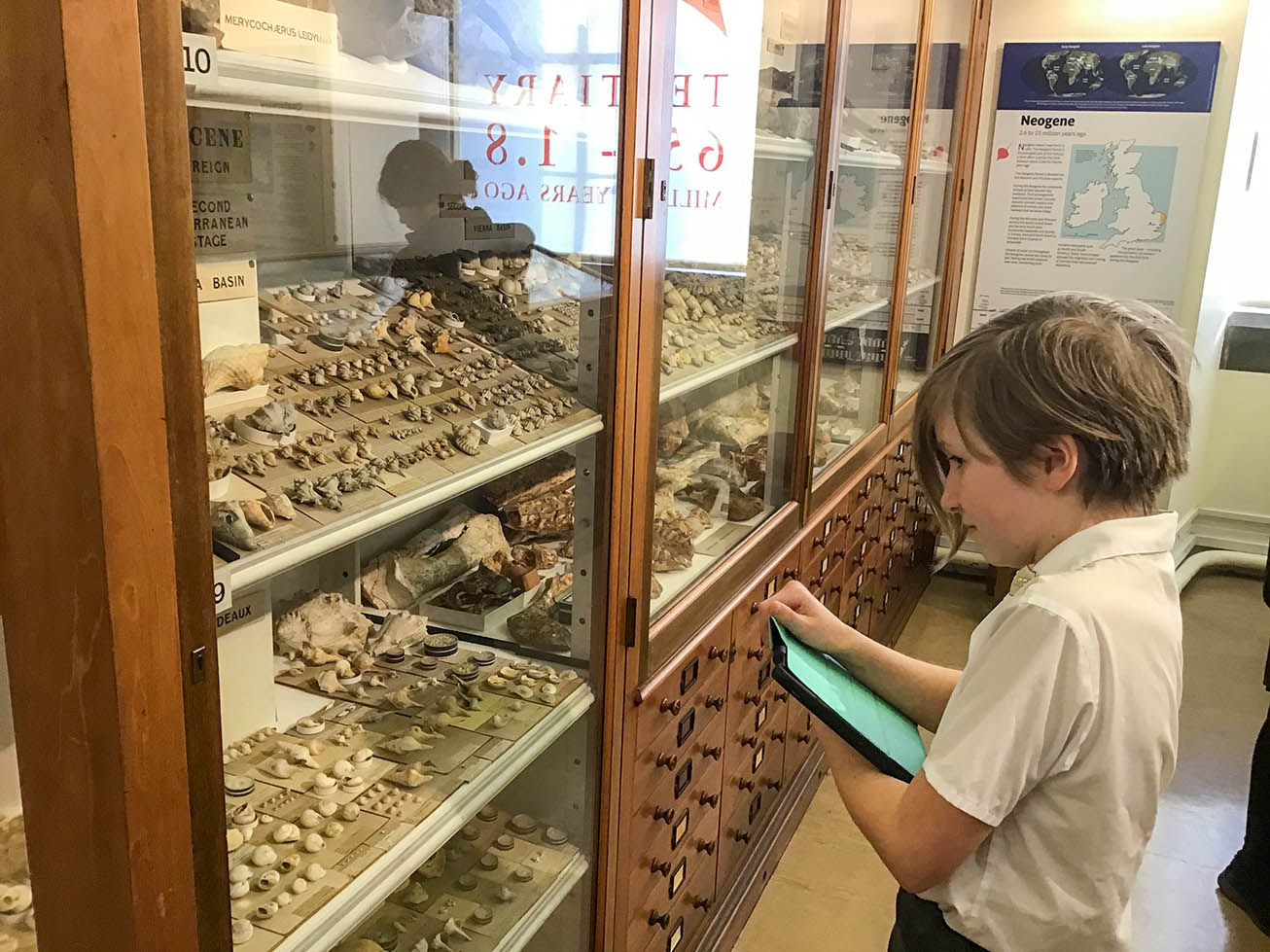 The museum has a permanent exhibition of specimens and memorabilia from the Beagle voyage, which we explored, seeking out objects which were of key importance in developing Darwin’s ideas. These included fossil sea shells from high in the Andes, which showed that the rocks in which they were found were laid down in an ancient ocean and then folded up into mountains over millions of years. 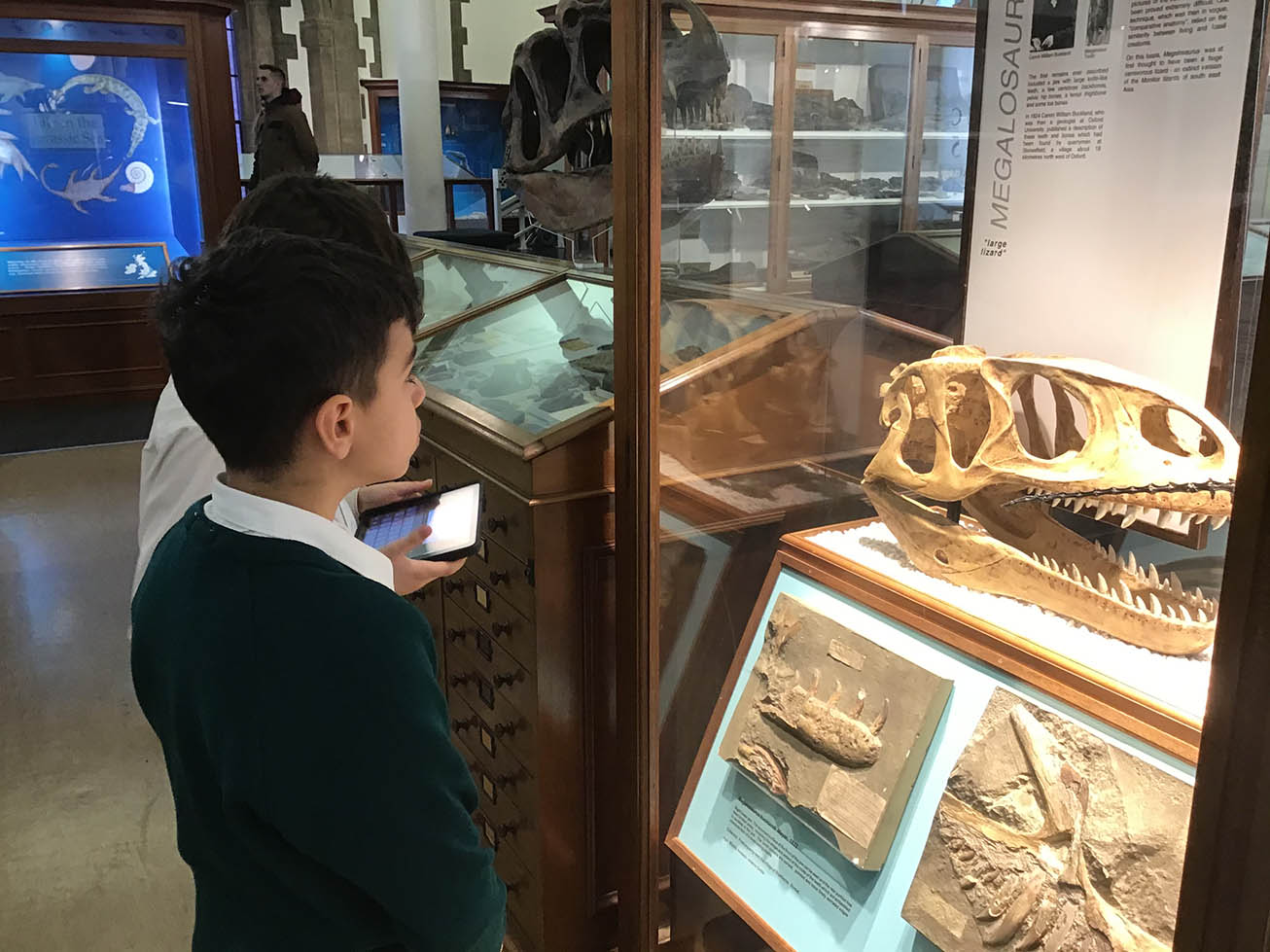 The other task was to find a fossil from the general museum collection, and prepare a short report on key features such as its geological age, its adaptations and the kind of habitat it would have lived in. Examples ranged from humble trilobites and ammonites to mighty dinosaurs and giant elk. 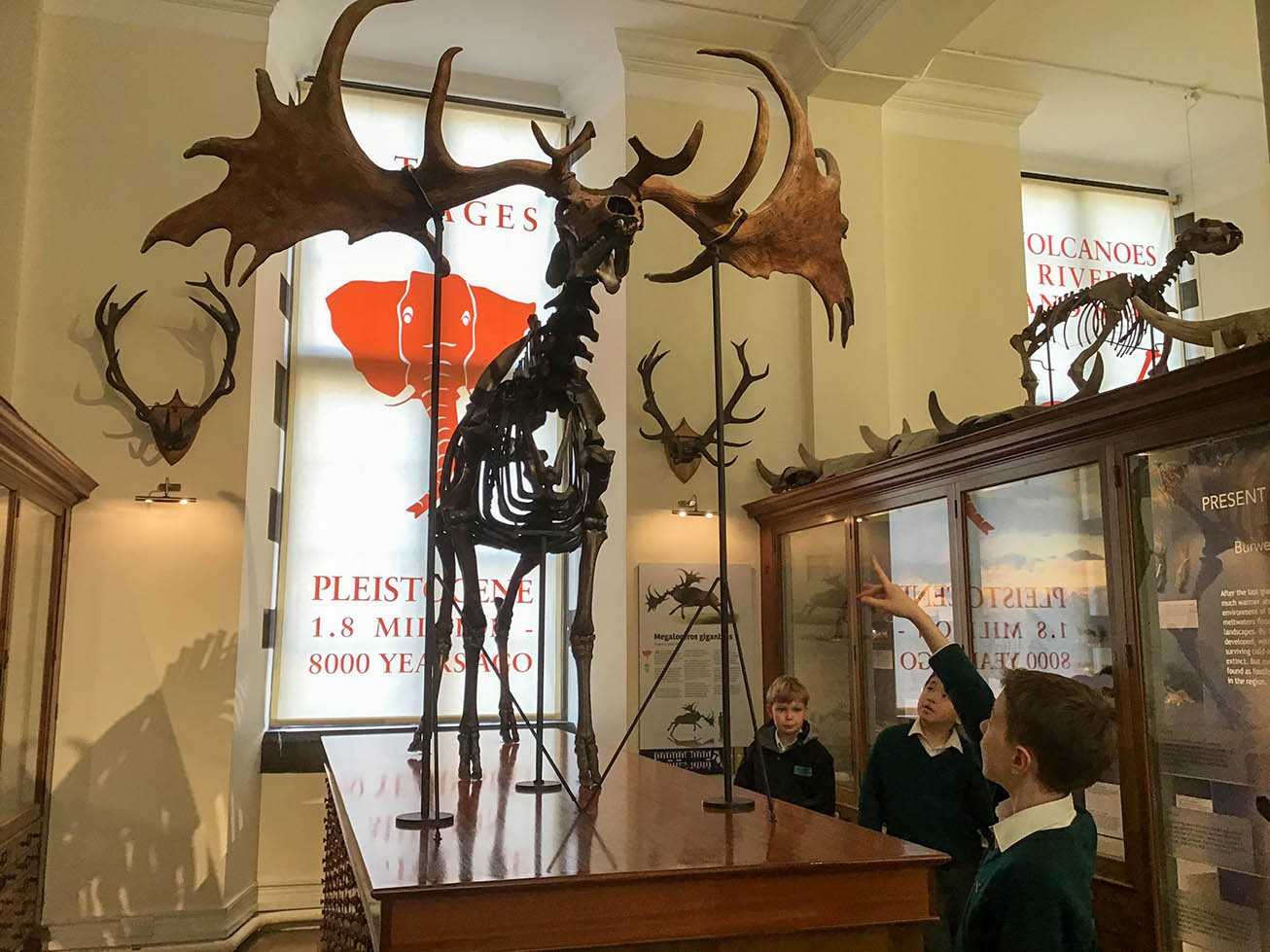 The pupils were a credit to the Foundation, with their sensible behaviour in a public place and the independent thinking skills and diligence they showed in utilising the museum collection as a source of scientific data. We were most grateful for the kind assistance on the trip of Mrs Mason and Dr Massara, who came along as a parent volunteer. We are now looking forward to the repeat visit by 6A on Friday 28 February.