2022 marks the 500 year anniversary of Dame Bradbury’s School in Saffron Walden, which is part of the Stephen Perse Foundation award-winning family of schools across Cambridge and Saffron Walden.

There has been a school on our site in Saffron Walden since at least 1317, when manuscripts show the existence of one Reginald, “Scholemaster of Walden” - the first of a series of “scholemasters”. In 1522, Dame Johanne Bradbury, a widow of a former Lord Mayor of London and sister of John Leche, vicar of the parish from 1489 to 1521, re-established the old school by obtaining the necessary letters patent from Henry VIII. A new charter of incorporation for the school was obtained in 1549 by Sir Thomas Smith, Provost of Eton and Secretary of State under King Edward VI and Queen Elizabeth I, making it one of the first of the 18 King Edward VI schools.

To start the 500 year celebrations Head Teacher Louise Graham and the Parent Teacher Association (PTA) organised a competition for the pupils to design a 500 year commemorative tie and book bag. The book bag design competition was open to the Kindergarten to Year 2 pupils and the design of the tie was open to Years 3 to 6 with the winning designs to be made into keepsakes for all the children in the school, funded by the PTA.

The children came up with some fantastic designs, with over 100 entries submitted. The tricky decision of judging the competition and choosing the winning designs was undertaken by Mrs Graham; the PTA; Mr Hannaway the Deputy Head of Early Years and the Head of Creative Arts Ms Caty Wynne-Powell.

The winner of the tie design was Year 6 pupil Claudia, who said: “I’m surprised that my tie design won, and I really enjoy seeing people wearing it around school!” 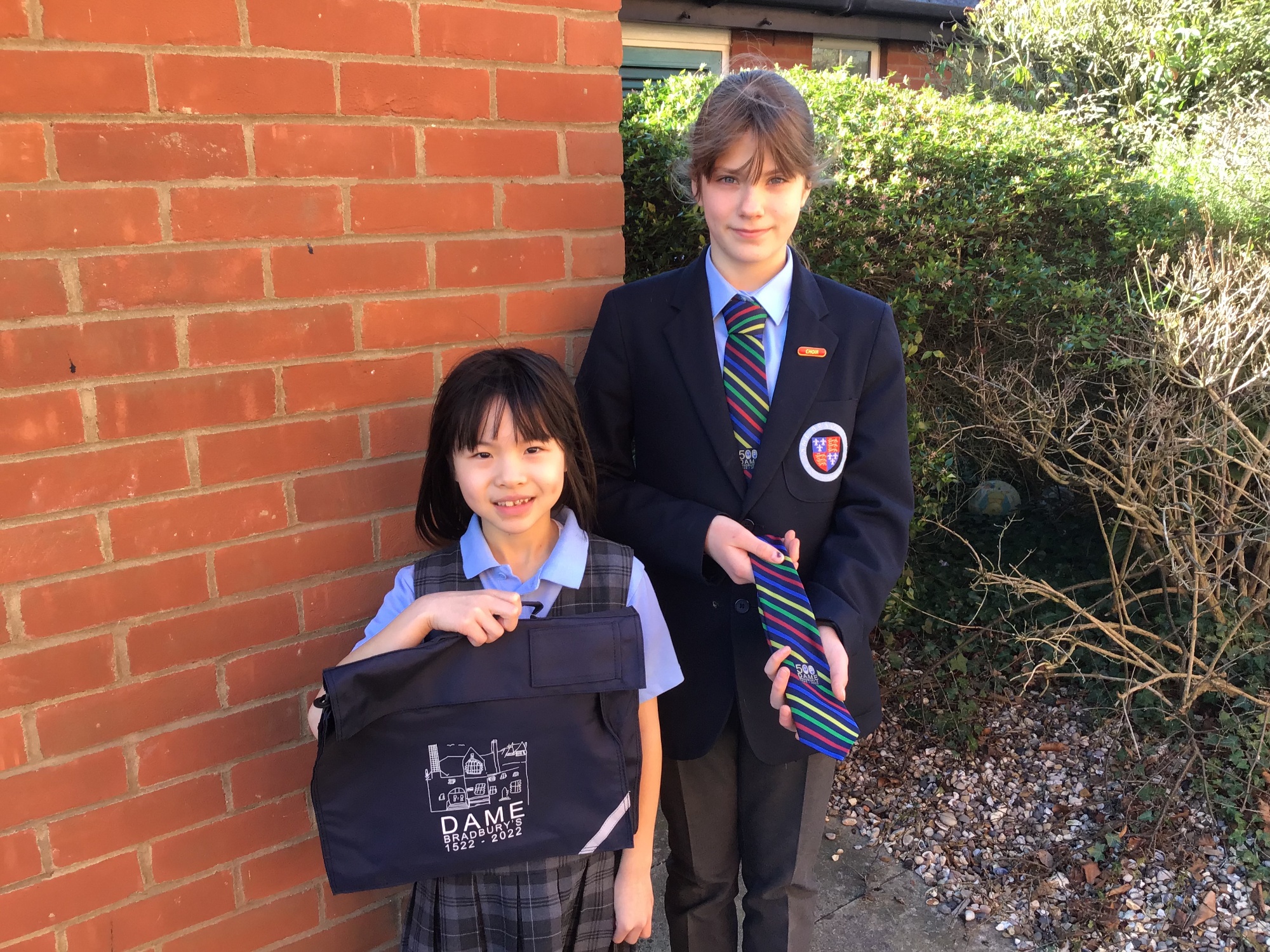 The winner of the bag design was Year 2 pupil Shun Yuet, who said: “I feel happy to see the picture that I designed on the book bag, and I feel a little bit proud when I see all the children carrying them in school.”

Louise Graham, Head of Dame Bradbury’s said: “It was lovely that so many of the children were engaged and excited by this project, and I am proud to see the ties and bags in school to remind us of our long history and of the importance of our school community.”

To continue the celebrations a 500th Birthday Concert will be held at Saffron Hall on 25 March. Dame Bradbury’s pupils, past and present, will showcase their instrumental and choral talent on a musical journey through time and place.