We celebrated the European Day of Languages with a guest speaker from Cambridge University, Sebastián Bianchi 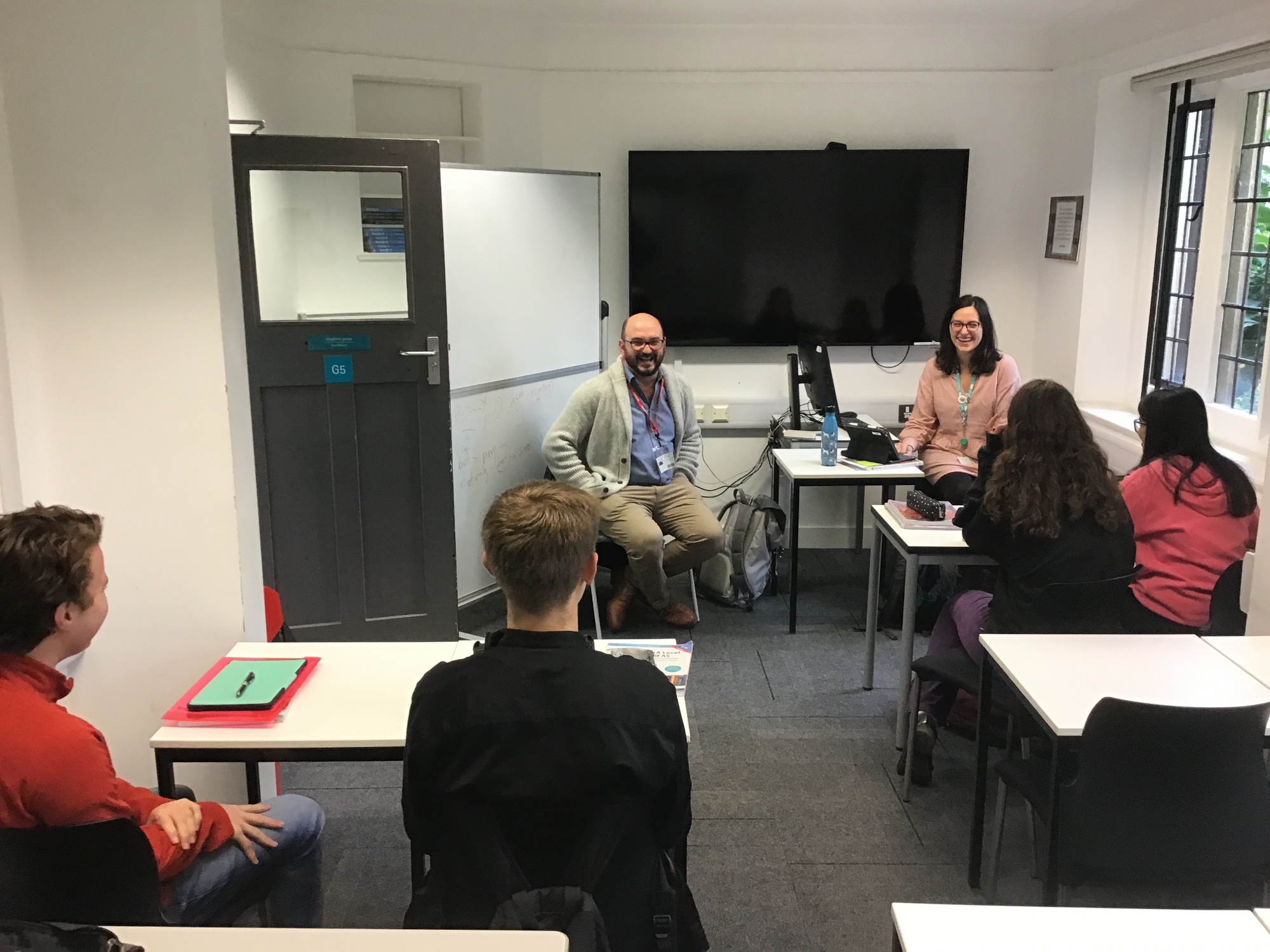 Sebastián shared in a whole school assembly the many advantages of being able to speak different languages and the links possible across disciplines, such as engineering. He led a seminar afterwards with the Year 12 Hispanists.

During the day there were language workshops led by a group of Year 10s. The language stations in the Senior School library included Turkish, Hebrew, Chinese and Modern Greek. It was fabulous to see the Year 10s sharing the modern languages they speak at home with the younger students.