This year’ STEM Competition, on the theme of ‘Flight’, culminated with the final presentation and judging event at Dame Bradbury's on Friday 10 March.

Teams of Year 5 & 6 pupils from both schools worked hard over several weeks this term, going through the entire scientific research process from developing basic concepts, planning, designing and carrying out experiments, recording their results and finally preparing displays to showcase their projects.

We were honoured this year to have Mr David Walker, Head of Senior School, act as judge. Mr Walker had to draw upon his background in Physics to decide upon the best project, which proved to be a tough choice! In the end, a Dame Bradbury's team named ‘The Aviators’ won first prize, with two teams given Highly Commended: ‘Soaring Seeds’ from the Junior School and ‘Fizzy Phoenixes’ from Dame Bradbury's. 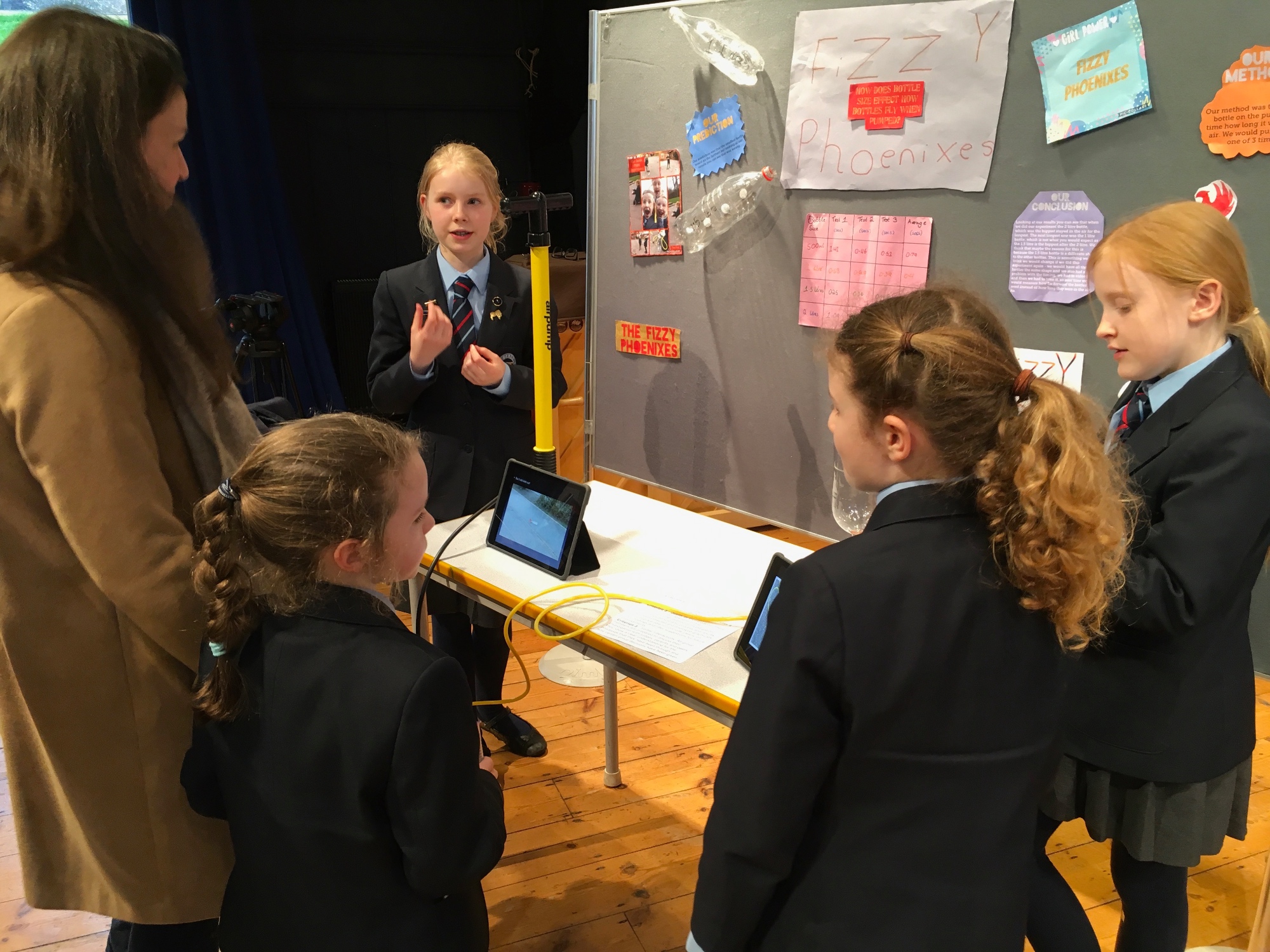 There was added excitement at the event, as it was being filmed by a production crew working on behalf of the Royal Society. The Society is keen to use the video which will be created to highlight how such events can help parents become more closely involved with what their children are learning in STEM subjects and hopefully encourage other schools to organise and deliver something similar. The Royal Society sought to work with us on this project through the Junior School’s membership of its Associated Schools and Colleges Scheme, a network of teachers, scientists and others involved in education, through which this prestigious scientific body seeks to promote engagement in STEM education. 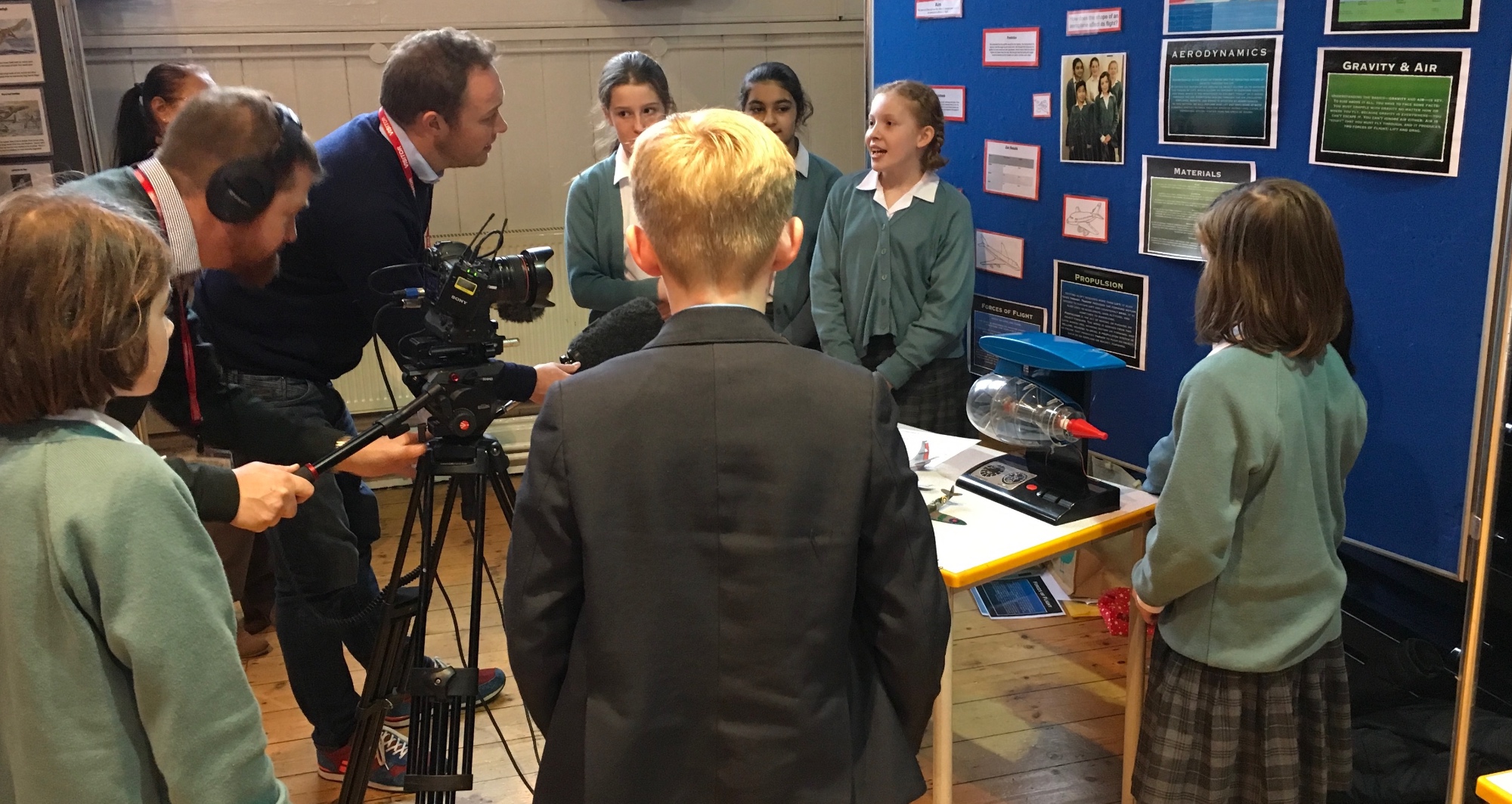 We are very grateful to our hosts at Dame Bradbury’s for an enjoyable and well-organised event and we look forward to welcoming them back to the Junior School this time next year.